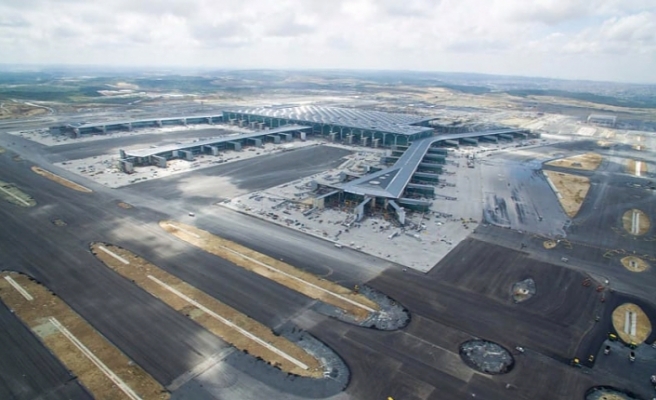 The new Istanbul Airport will be a megahub in the world and locomotive for the Turkish aviation sector, said Ilker Ayci, chairman of the board of directors of Turkish Airlines.

"Turkey will become one of the important centers of the commercial aviation sector in the world," he told Anadolu Agency in an exclusive interview.

The first phase of the airport opened on Oct. 29 and commercial flights started early November.

The airport has the potential to welcome 90 million passengers annually and following the second phase of construction, expected to be completed in 2023, this number will rise to around 200 million.

"Turkey which is 17th in the world with regards to the number of passengers will be 9th by 2032," he added.

He said the fleet of planes the country owns is expected to reach 700 with the contribution of the new airport.

The flag carrier carried over 36,000 passengers through its three domestic and two international flights via Istanbul Airport during the last month, he noted.

Turkish Airlines will soon start to operate all flights via Istanbul Airport, he said.

"The airport will not contribute to only passenger transportation, but also make Istanbul the biggest cargo city in the world."

The airport would take flight to 350 destinations worldwide including Africa.

Turkish Airlines will provide added services to its passengers such as Business Class and Exclusive Lounge.

The flag carrier will make its subsidiary Turkish Cargo one of the five best cargo companies in the world, he said.

Turkish Airlines, founded in 1933, flies to over 300 destinations in more than 120 countries with its nearly 330 aircraft.