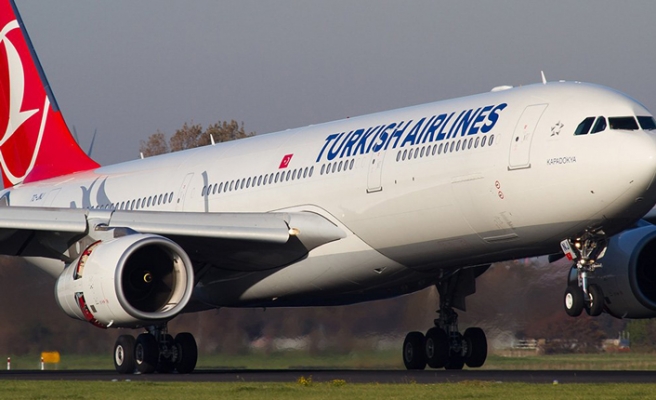 The flight TK 978 successfully landed at Ercan International Airport in the capital Lefkosa.

The Boeing-737 jet of Turkish Airlines was welcomed by local authorities with a water salute.

At full capacity -- with the completion of all four phases with six runways -- Istanbul Airport is set to become a major global aviation hub by hosting more than 100 airlines and flights to over 300 destinations around the world.

The €6 billion ($7.2 billion) first stage of the airport, which was built in nearly three years through a public-private partnership model and officially opened on Monday, is one of a series of mega-projects planned for Turkey’s 2023 centennial.