Istanbul: Cradle of civilization with tons to explore 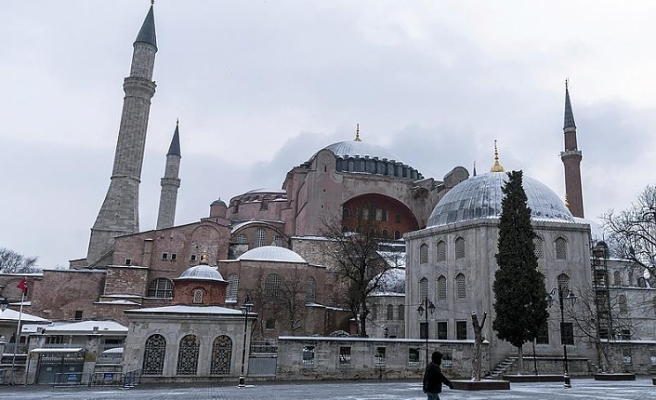 Istanbul, the cradle of civilization and once home to the Roman, Byzantine and Ottoman empires for centuries, continues attracting people from all walks with its colorful history.

With its unique streets, historical temples, the Bosporus joining the two continents, sophisticated islands and museums shedding light on the world history, Istanbul awaits its guests to share the experience.

The Hagia Sophia, Topkapi Palace, Blue Mosque, and Basilica Cistern have already become the must-sees for locals and foreigners.

The mystical atmosphere of the Maiden's Tower, the lookout fortress of the Bosphorus, Gulhane Park with over 90 trees, the famous Bath-house of Haseki Hurrem and Soguk Cesme Street full of wooden houses with bay windows lure those who seek an alternative trip in the city.

8th Wonder of the World

Hagia Sophia, dubbed "8th Wonder of the World" by historians, is one of the most visited museums in the world in terms of art and architecture history, welcomes visitors with all its glory.

It was used as a church for 916 years and converted into a mosque by Fatih Sultan Mehmet after conquering Istanbul in 1453.

Following restoration works made during the Ottoman era and minarets added by Mimar Sinan, the Hagia Sophia became one of the most important monuments of the world architecture.

Major attraction Topkapi Palace -- an administration, education and art center -- was used in the Ottoman Empire for almost 400 years.

History knitted engaging stories and extraordinarily rich collections to make Topkapi Palace one of the most spectacular palaces in the world.

Known with its six minarets and by its color, the Blue Mosque has continued to be the center of attention for four centuries thanks to the aesthetic elements of the Turkish-Islamic components it carries.

The place built on the second of seven hills of Istanbul is also important in terms of harboring all the beauty and subtleties of the 17th century art and aesthetics.

Cisterns built to meet the water needs in the Byzantine era currently serve tourism in the field of culture and art. Cisterns such as Basilica, Nuruosmaniye, Binbirdirek and Hipodrom are some of Istanbul's cultural treasures.

Bazaar that smells cinnamon and cloves

The Spice Bazaar selling all kinds of herbs and spices was completed in 1667, drawing attention particularly with its smell of cinnamon and cloves.

The Spice Bazaar is the most important leg of the Silk Road trade in Istanbul.

The Grand Bazaar has been one of the most important and oldest trade centers of Istanbul for more than 500 years, attracting enthusiasts of all ages and incorporating a rich cultural structure.

Istanbul Archeology Museums hosts those who want to travel in the corridors of history and see the evolution of civilizations. It is said to be among the top 10 museums in the world designed as a museum building.

The Istanbul Archaeology Museums are home to some of the most important works of the world, such as the Alexander Sarcophagus and Treaty of Kadesh.