From 1914 until today, Turkey now has more women working in academia than many other developed nations. 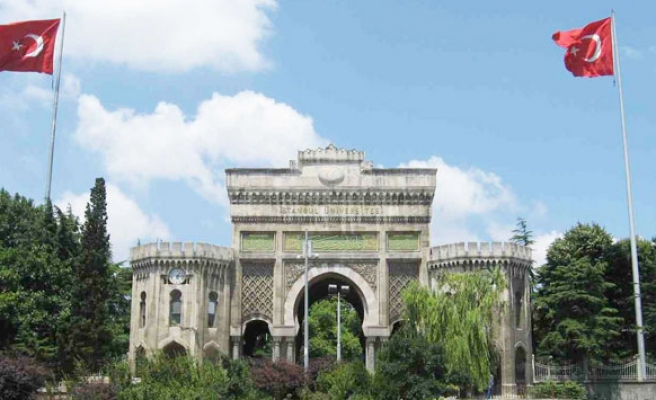 A three-day event began in Istanbul on Thursday to mark the 100th anniversary of women’s involvement in the country’s universities – at a time when more women work in academia here than in the U.S. or U.K.

The 'Times Higher Education Report 2013' says that Turkey's academic representation of women at universities is 47.5 percent; this number falls to 35.9 percent for the United States and 34.6 percent for the U.K.

In Turkey, over 56,000 women are currently working in different levels of academia, compared to more than 76,700 men.

This is according to the organizers of today’s symposium, which claims that representation is just the first step to equality.

Curator of the Women's Museum Istanbul, Meral Akkent says: "Equality cannot be provided only with representation. It is also important where these women academics are represented.

“The statistics panel in our exhibition (as part of the symposium) points out at which academic levels women are not represented," she adds.

When asked what progress Turkish women have made in universities after 100 years, Akkent quotes the memoirs of a male student from the last century.

"When Inas Darulfunun (the Girl's University of the Ottoman Empire) was closed due to the economic crisis after the First World War and when co-ed education had started, some of the male professors had openly proclaimed that they did not take the girl students seriously, a boy called Macit Gokberk from those classes recalls," she says.

However, although the country became one of the last nations to allow women to take institutionalized university courses, in 1914, the TES report's gender equality rates show that Turkey has not become 'not the least.'

The first Muslim girls' university, Inas Darulfunun, was established in 1914 in Istanbul with departments for literature, mathematics and science.

U.S. women were allowed to register in universities in 1833. The U.K. followed suit 16 years later.

Inas Darulfunun offered courses in Istanbul's Beyazit district, taught by the same teachers but at different times and separately from male students.

Before then, girls had to wait for many years to be taught in institutionalized schools or universities.

The Ottoman education system had used the 'madrasa' system until 1838.

After this period, the Ottomans switched to the Westernized model, where all parts of the education system were separated into certain institutions. Primary schools called 'iptidaiyah', and 'rushtiyah', meaning secondary schools, were established in 1839 but again teaching boys only, says Professor Ali Arslan, head of the History Department of Istanbul University.

In 1845, the idea of building the 'Darulfunun' for males, the first institutionalized university of the Ottoman period – today's Istanbul University – came about, but would be not realized for another 24 years.

However in 1858, the first rustiyahs were opened for girls, who came from co-ed primary schools and had now the chance to gain a secondary school diploma, but still none were able to attend a high school or university, Arslan notes.

The situation started to change when Darulfunun was permanently opened by the Ottoman Emperor Abdulhamit II in 1900, and when high schools for girls were opened too.

'Darulmuallimat', which opened in 1870 to teach girls at high-school level to become teachers for the lower girls schools, was quite active, with 20 graduates in its first year – the first female officials in Turkish education history, Arslan says.

Towards the end of 1920 and the beginning of 1921, co-ed education was legalized by the Ottoman Empire.

"Inas Darulfunun is actually a symbol school of higher education for girls. It is the biggest step of the Committee of Union and Progress took directly for the sake of girls' education, which became the model for countries where girls were not allowed to get a university education," Professor Arslan says.

"There was a huge gap between the number of entering students and graduating ones as the education was quite heavy in Inas Darulfunun.

“When considering this, a married woman's chance of attending courses and graduating was low. Therefore, the regulations of the university did not allow married women to enter," Arslan says.

An exhibition as part of the symposium will also be held at Consulate General of Greece in Istanbul until December 21, introducing Turkish women activists who contributed to women's education throughout the foundation of Inas Darulfunun.