Mufti Kamil Yilmaz: 'Keeping someone alive is what really matters in Islam” 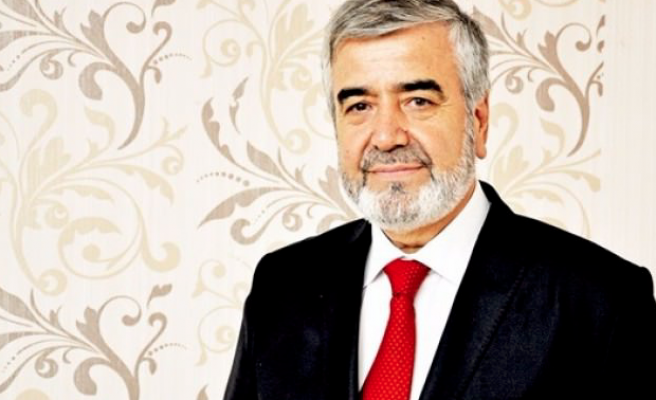 The state-appointed mufti for Istanbul province has voiced his support for organ donation, saying that sustaining human life is a fundamental matter in Islam and the holy book, Quran.

Prof. Hasan Kamil Yilmaz gave the remarks on Wednesday within the scope of the ongoing Organ Donation week in Turkey.

Yilmaz said: "Sustaining the life of ‘most honorable creature’, human, is a fundamental matter in the Quran and Islam. Keeping someone alive is what really matters in Islam.”

"If a human life can be sustained via a small operation then one must pave the way for it."

"Actions taken to save and sustain the life of a human being as well as medical developments must be assessed in this sense [that are in accordance with fundamentals of Islam]," he said.

He, however, strongly condemned organ trading.

"Human body is way too valuable to be viewed as a trading merchandise. Those who are dead are also worthy. We burry our dead because we view them as valuable," he said.

Yilmaz added that people must be "encouraged" to go for organ donation.

The week between last Friday and Thursday is Organ Donation week in Turkey, which is a nationwide effort to raise awareness on the issue.

According to recent data released by Ministry of Health, nearly 25,000 patients in Turkey are on the organ waiting list with majority waiting for a kidney transplant.

The Turkish Transplant Foundation head, Eyup Kahveci, told Anadolu Agency Tuesday that in the last 10 months of 2017, 1,662 cases of brain deaths were recorded at intensive care units of the country.