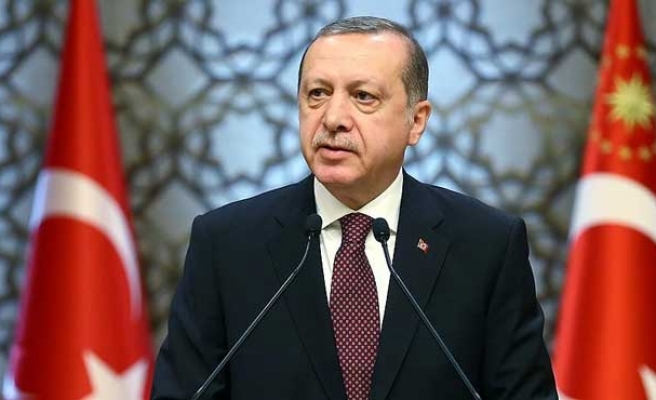 Erdogan was speaking at the ruling Justice and Development (AK) Party's provincial consultation meeting in the eastern Erzurum province.

“The northern Iraqi local government, which we have been giving all kinds of support for a long time, has taken a step despite my country’s [strong objection],” Erdogan said.

Erdogan reiterated Turkey’s stance against the illegitimate referendum held in northern Iraq on Sept. 25 on whether to secede from Iraq.

He said the referendum was not going to establish an independent state in northern Iraq, rather it would pave the way for “a constantly bleeding wound”.

“At this moment, we have informed our neighboring countries including Iran, the central government [of Iraq] and the Syrian side, that we are ready [to take steps] against the negative developments [in the KRG].”

“It is not possible for us to accept a referendum held in a climate that is created by burning houses and buildings and forced displacement [...],” the president added.

The illegitimate referendum in northern Iraq had faced sharp opposition from most regional and international actors, many of whom had warned that the poll would further destabilize the Middle East.

According to figures released by the KRG (of which Erbil serves as administrative capital), almost 93 percent of voters cast ballots in favor of independence from Baghdad.