Last group of Ahiska Turks to return home on Nov. 16 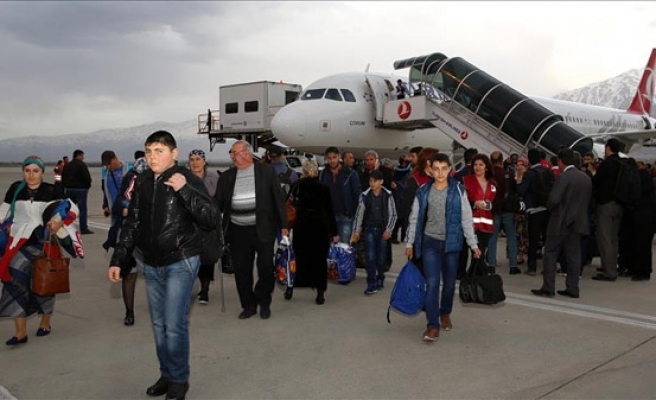 The last group of Ahiska Turks, who were forced to migrate from the Caucasus during the Soviet era, will return to their homeland on Nov. 16.

The last group will be accommodated at houses built by Turkey’s state-owned housing agency TOKI in Uzumlu district’s Bayirbag village.

The sixth group that consists of 56 families (184 people) will be accommodated to the same village with a group of 82 other families (172 people), who could not come with the fifth group due to various reasons.

They would be brought from Ukraine to Turkey via two planes.

“Food, beverages and even detergents are provided. Houses are waiting for our citizens,” Mirza said, adding that every need of the families has been met.

They also faced discrimination and human rights abuses before and after the Soviet deportation. Those who migrated to Ukraine in 1990 settled in shantytowns used by seasonal workers.

The majority of Ahiska Turks in Ukraine fled their homes during the 2014 conflict between Ukrainian forces and pro-Russian separatists in eastern Ukraine.

Turkey has voluntarily accepted thousands of Ahiska Turks and granted citizenship to 585 of those so far.