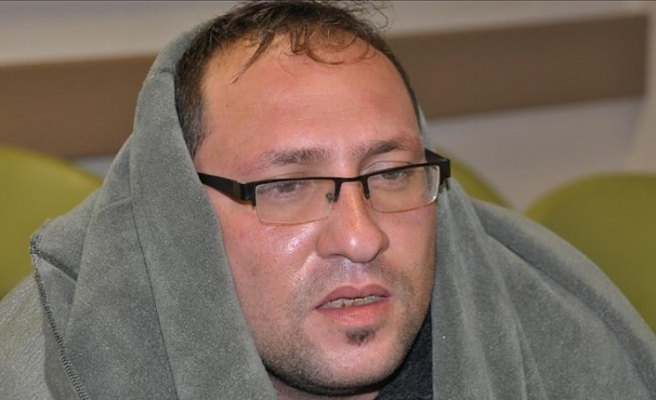 Greek coast guards allegedly pushed a boat carrying at least 47 migrants including children to Turkish waters and left them to die, according to the rescued migrants on Wednesday.

Turkish Coast Guard teams saved the migrants off Kusadasi district of Aydin province after a semi-submerged boat carrying the migrants including children started taking in water. A four-year-old girl's body was recovered.

Dina Fahr, an Iraqi migrant dreaming to go to Europe with her children, said three masked Greek soldiers came to the migrants' boat and tied it to theirs, rapidly dragging it from left to right "like a snake."

"We almost drowned ... We told them to stop, but they dragged us for over an hour. Later, the Turkish Coast Guard saved our lives. They gave us blankets and food. We are grateful," Fahr told Anadolu Agency.

Ali Emeen, another migrant from Iraq, said, "Greek soldiers tied the boats and started dragging us. Children and women were in fear. We thought that we would die."

He added, "We would have frozen to death if the Turkish soldiers hadn’t found us."

Manal Said Ayyad, 48, said she left Gaza for Europe in hope of finding a treatment for her child suffering from hemophilia.

She asserted that Greek soldiers did not help them when they fell off the boat and were fighting with waves, adding "we were on the verge of death before the Turkish Coast Guard came and saved us."

She also said, "We know that Turkish people and the president love us [Palestinians]. Turkey’s president is the only supporter of Palestine."

Roughly 14,000 irregular migrants came to Greece in 2018, according to Greek officials.

Turkey has been the main route for refugees trying to cross into Europe, especially since the beginning of the Syrian civil war in 2011.