Turkey will upgrade the system at customs to cut down on paperwork and accelerate processing. 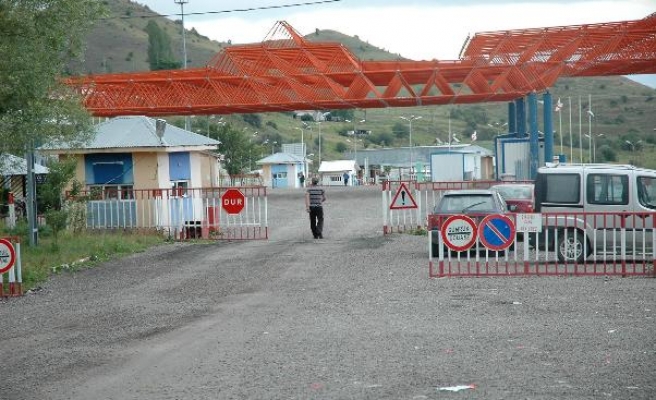 Turkey's Customs and Trade Minister Nurettin Canikli pledged on Thursday to upgrade the customs gates so that trucks can go through the customs process more rapidly.

Trucks are sometimes held up at  customs gates for some time. Canikli said that the system would be improved to cut down on the time spent on paperwork by the summer of  2015.

He said, a fast-moving booth will be used instead of three or four slow ones.

Speaking at the Turkish Exporters' Assembly meeting, Canikli said it would be possible for trucks to pass through the gates with only a brief check rather than a three-hour to four-hour hold up.

The minister also said that, since 2002, the average time at customs has been cut down to a quarter of the previous period.

The number of operations which are completed in one minute increased to 66 percent in 2014 from three percent in 2002.

The head of Turkish Exporters' Assembly, Mehmet Buyukeksi, said most of the paper work at customs now took less than four hours while 82 percent of the paperwork is completed in less than half an hour.

On Sunday, more than 1,000 tons of smuggled red meat was caught in an operation against the "biggest smuggling case," according to the minister.

Customs minister also said they were working extensively on related smuggling cases and following closely other certain type of goods that could be illegally brought into Turkey.

Around 1,044 tons of red meat, which are originally from South America with a market value of almost $18 million, was captured before delivered to high-class restaurants among Turkey.

The tons of meat were allegedly declared to be transferred through Turkey, however, partially sneaked off from the storehouse at customs in southern city of Mersin.

"Having a case solved can lead up to other cases to be solved and we are working extensively to ravel out similar cases," Canikli told reporters after the exporters meeting.

Turkey taxes the red meat by 225% to boost domestic products.

Eight people were taken into custody on Tuesday, including the owner of the suspected firm and custom officials.