Families have agreed on going on a hunger strike and decided to start death-fasting, if their demands are not met 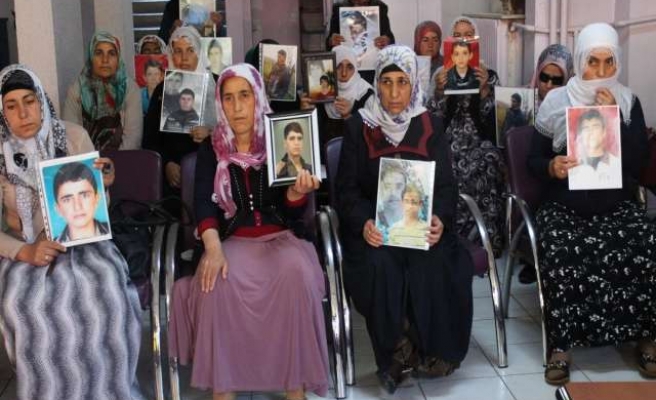 The families of the abducted children in Diyarbakır have decided to pause their protest for one day on Sunday, due to the incidents in Lice which took the lives of two protesters on Saturday.

The families have also said that they will start going on a two-day hunger strike tomorrow.

Sureyya Toklar, mother of abducted 16 year old Efekan Toklar, told an Anadolu Agency reporter that she is protesting because she wants her son, missing since for three months, to be found.

Toklar also said that the protesters are not politically motivated in any way.

Families of some of the kidnapped children staged sit-ins in Diyarbakir where they were abducted, marking the first-ever public reaction to such kidnappings in the southeastern region. The protests received support from high-ranking government officials.