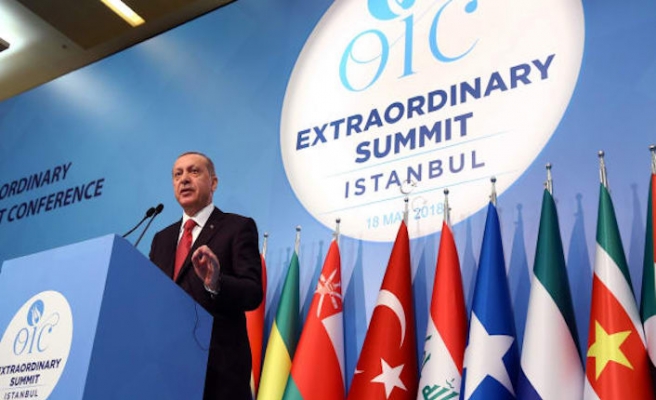 Turkey’s turn as president of the Organization of Islamic Cooperation (OIC) has shown a commitment to peace and justice worldwide, including for oppressed Palestinians and Rohingya and for UN reform, Muslim leaders from the Americas told Anadolu Agency, marking the OIC’s 49th anniversary.

"While Israel quadrupled its territory in occupied Palestine over the last 25 years, Turkey quadrupled its aid to the UN Agency for Palestinian Refugees (UNRWA). This is very remarkable message to those who forsake the Palestinian people in their justified struggle for rights and freedom," said Yahya Pedro, head of the Cuban Islamic League.

Turkey assumed the OIC term presidency in 2016 and is due to hold it through next year’s OIC summit in the West African nation of Gambia.