Negative past between Turkey, Greece is history now 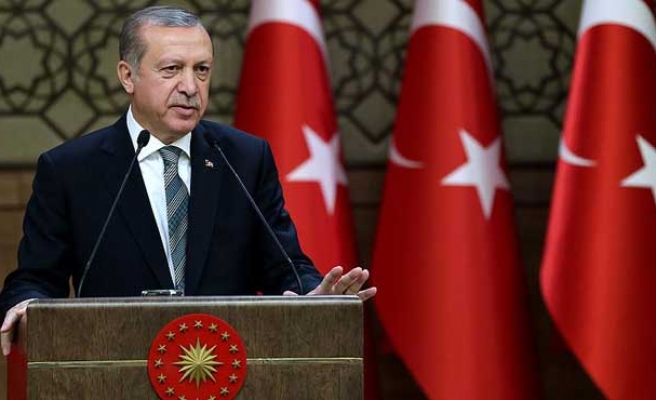 Greek people should know that negative relations between Turkey and Greece is history now, says Turkish President Recep Tayyip Erdogan, on Wednesday, according to a Greek channel.

Speaking to Greece’s local broadcaster Skai TV ahead of his visit to the country on Thursday, Erdogan touched bilateral relations between Turkey and Greece.

Recalling his discussion with Greek Prime Minister Alexis Tsipras about FETO fugitives in Greece, he said that the Greek PM said he would “extradite the coup plotters in 15-20 days”.

“Unfortunately, these [coup plotters] are still in Greece. We need to follow these very carefully,” Erdogan said, adding that if there is this kind of action against Greece, we also must seize them and extradite them to Greece.

“Justice delayed is justice denied,” he added and said that this is the delayed justice.

“There are few countries that we have done it in a very quick manner, but we couldn’t do it with Greece.”

Touching the recent issues with the U.S., he said that the two countries need to control the developments in Syria and Iraq together.

“We also discussed this over the phone calls, but there is no progress yet.”

Erdogan also added that Turkey is negotiating with Russia about the issue and both countries are taking positive steps and will continue doing so.

He delivered a message to the Greek people: “You should know that negative relations between Turkey and Greece has become a history now. Now, there are two countries that make a high level strategic council agreement, and establish relations on it... Trust and stability are our two most important principles.”

He also called upon both Turkish and Greek societies to show affection and peace to each other, developing solidarity with those feelings.

When asked about updating the Treaty of Lausanne, which set the modern borders between Greece and Turkey, Erdogan stated that in fact, all agreements made in the world must be updated in the course of time.

“Lausanne also needs to be updated in the light of all these developments. This update would be useful not only for Turkey but also for Greece.”

He also added that this update may strengthen the two countries friendship and security.

Erdogan pointed out that distances between some islands in the Aegean are very distressing, and said:

”We need to overcome these. There are problems in the measurement of the airspace, the sea, and the continental shelf related to these.”

“If there is mutual self-sacrifice, I would say that we would overcome this thing much more comfortably,” he added.

He also said that Turkish ships’ cruise on the Aegean Sea is impossible and this is not something bearable.

President Recep Tayyip Erdogan is the first Turkish president to visit Greece in decades, with his two-day official visit to the country.

Earlier in an exclusive interview with Anadolu Agency, Greece's Prime Minister Alexis Tsipras described the first presidential visit from Turkey to the Mediterranean country in 65 years as "a chance to take bold steps forward".