No one can lecture Turkey on human rights, Erdogan says

President Recep Tayyip Erdogan says Turkey not a place where one could find problems regarding democracy, human rights. 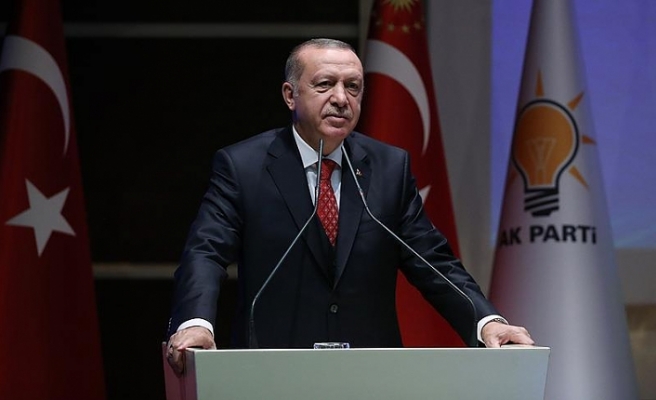 President Recep Tayyip Erdogan on Monday said that no one can lecture Turkey on democracy, human rights and freedom.

"No one can lecture our country on democracy, human rights and freedom," Erdogan said at an event, titled Civilization of the Humanity.

His remarks came on the 70th anniversary of the adoption of the Universal Declaration of Human Rights.

Erdogan said the stance against defeated coup attempt in 2016, and brotherhood that Turkey shows for millions of refugees are enough to acquit Turkey on human rights and democracy.

"From now on, Turkey is definitely not the place where one could find problems regarding democracy and human rights," he added.

Erdogan said those who pretended to support human rights during Gezi protests in Turkey, are "blind, deaf and mute" to protests in Paris.

In summer 2013, relatively small demonstrations in Istanbul’s Gezi Park grew into a nationwide wave of protests against the government that left eight protesters and a police officer dead.

"You set the world on fire during Gezi protests. Why? Is it because here was Turkey? Let's broadcast likewise," Erdogan said, while calling on the world to broadcast visuals and footages of Paris protests.

Since Nov. 17, thousands of protesters have been gathering in major French cities, including capital Paris, to protest President Emmanuel Macron's controversial fuel tax hikes and the deteriorating economic situation.