"If all sides execute the process correctly, seriously and decisively, in maximum 4-5 months a major democratic solution can be achieved," the HDP quoted Ocalan as saying in a statement 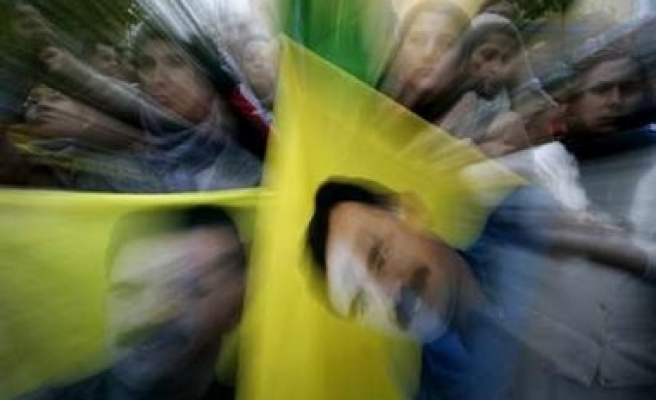 A settlement to end a three-decade insurgency by Kurdish militants in Turkey could be reached within months if the government puts in place legal guarantees for Kurdish rights, a jailed militant leader was quoted as saying on Sunday.

The siege of the Syrian Kurdish town of Kobani on the Turkish border has risked derailing Turkey's fragile peace process with its own Kurds, who have accused Ankara of failing to protect their ethnic kin.

Around 40 people were killed when thousands of pro-PKK Kurds took to the streets in October, mostly in Turkey's predominantly Kurdish southeast, to demonstrate against what they saw as Ankara's refusal to intervene in Kobani.

Abdullah Ocalan, leader of the Kurdistan Workers Party (PKK) militant group, nonetheless said agreement could be found within 4 to 5 months if Turkey showed it was serious, according to the pro-Kurdish HDP party, which visited him on his island prison.

"If all sides execute the process correctly, seriously and decisively, in maximum 4-5 months a major democratic solution can be achieved," the HDP quoted Ocalan as saying in a statement, but warned that failure would deepen regional chaos.

President Tayyip Erdogan initiated the peace process with Ocalan in 2012 with the aim of ending a 30-year-old insurgency by militants. The conflict has killed 40,000 people, most of them Kurds.

Kurdish forces allied to the PKK, the People's Defence Units (YPG), are meanwhile fighting against the ISIL attacking Kobani. The PKK is designated a terrorist group by Turkey, the United States and European Union.