Officer who found Aylan Kurdi 'I thought of my own son'

The Turkish police officer, whose picture of him carrying the lifeless body of Aylan Kurdi in Bodrum last Wednesday created shockwaves around the world, said that he felt the pain of Aylan's father. 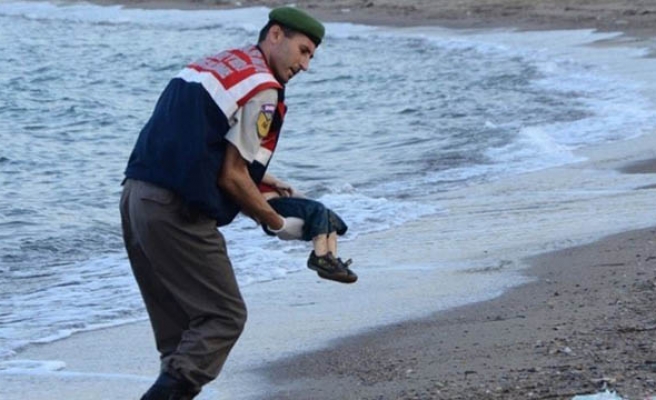 A Turkish police officer who found the lifeless body of three-year-old Syrian refugee Aylan Kurdi — whose picture then flooded the world — said that he thought of his own son when he saw the toddler on the beach.

Speaking to Turkey's Dogan news agency, Mehmet Ciplak recounted how he prayed the little boy was still alive as he walked towards him and scooped him up from the water's edge.

"When I approached the baby, I said to myself, 'Dear God I hope he's alive.' But he showed no signs of life. I was crushed," he said.

"I have a six-year-old son. The moment I saw the baby, I thought about my own son and put myself into his father's place. Words cannot describe what a sad and tragic sight it was."

Ciplak said that he didn't know that the photo was sent around the world, spiking the conscious of millions saying that "I was just doing my job."

Little Aylan's brother and mother were also found washed upon a beach along with ten other refugees when they were found last Wednesday when two boats sank on the short crossing to Greece. The images of Aylan's lifeless body washed ashore in Bodrum in southwest Turkey  causing international outrage over Europe's migrant crisis.

Aylan was buried on Friday by his father along with his mother and sister in the Syrian town of Kobane, itself now a symbol of resistance by Syrian Kurds against ISIL.

His father Abdullah was the only family member to survive and has returned to Kobane to be close to the graves of his wife and children.