One bomb explodes, police detonate two others in Istanbul

The two bombs disposed of by police had messages that linked them to Kurdish groups, news reports said. 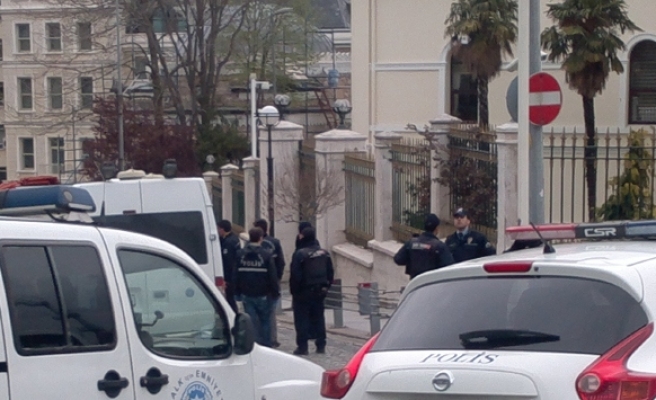 A bomb exploded in central Istanbul on Sunday, and police detonated two others in controlled explosions, less than two weeks after a suicide bombing killed a police officer.

No one was injured when a homemade bomb left near a power substation in Fatih district exploded, Sabah newspaper said.

Meanwhile, a bomb disposal unit safely detonated a similar device in the Maltepe district on the city's Asian side that was left beneath a statue of Mustafa Kemal Ataturk, the founder of the secular Turkish Republic, Sabah said.

Police also deactivated a package containing a bomb that had been left at a bus stop in the working-class suburb of Sultangazi, the daily said on its website.

The two bombs disposed of by police had messages that linked them to Kurdish groups, news reports said. Police were not immediately available to confirm the reports.

Homemade explosive devices were found in two shopping malls in Istanbul and deactivated on Jan. 11.

A bomber killed herself and a police officer on Jan. 6 in Sultanahmet, Istanbul's historic centre.

The hard-left Revolutionary People's Liberation Party-Front (DHKP-C) claimed reponsibility, then retracted the claim and said a mistake had arisen because it was planning another attack.

Since then, media have cited police sources as saying the bomber in Sultanahmet was a Russian citizen from the Muslim regions of Chechnya or Dagestan with links to ISIL.