Operator remanded over Zonguldak mine blast

3 miners killed, 2 others injured in Wednesday’s mine explosion in Turkey's Black Sea region 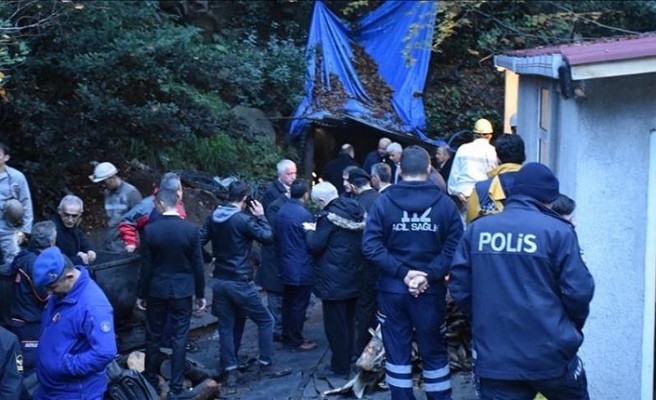 Following a deadly mine explosion in Turkey's Black Sea region, the operator of the unlicensed mine was remanded into custody, judicial sources said on Thursday.

Three miners were killed underground and two injured after an explosion ripped through a mine in Kilimli in the northern Zonguldak province on Wednesday.

A Zonguldak court ruled the operator -- identified only by the initials I.A. -- to be remanded into custody for operating an unlicensed mine, according to sources who asked not to be named due to restrictions on speaking to the media.

Three miners -- Kenan Cavus, Hasan Gencturk, and Ugur Goktas -- were killed and two others -- Evren Cinemre and Adem Alibas -- were injured in the explosion, likely caused by methane gas compression.

An investigation into the incident is underway, according to Erdogan Bektas, governor of Zonguldak.

Turkey's deadliest mining disaster occurred in May 2014, claiming the lives of 301 people in the western town of Soma.