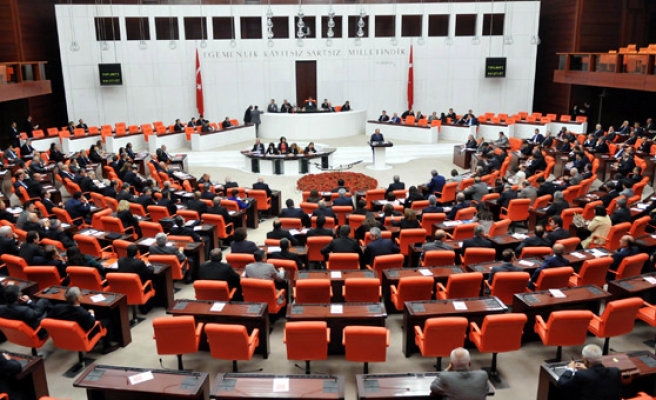 The parliamentary group of opposition People's Democratic Party (HDP) will not attend the parliament's new legislative year that is due to begin on Sunday, according to a party spokesman Thursday.

Speaking at a news conference at HDP headquarters in capital Ankara Thursday, Osman Baydemir accused Turkey's judicial system of "demolishing the free will of nation”.

"We will not be a part to the covering up of lawlessness and injustice. [For this reason,] we will not attend the legislative year beginning on Oct. 1."

The Turkish government has accused the HDP of being linked to the PKK, which is listed as a terrorist organization by Turkey, the U.S., and the EU.

Since the PKK resumed its armed campaign against Turkey in July 2015, it has been responsible for the deaths of some 1,200 Turkish security personnel and civilians, including many women and children.

Reminding that the party’s deputies were in prison, Baydemir said his party's parliamentary group would stand in front of the prison in Edirne where their leader Demirtas remains under arrest.

He said the HDP “deputies, who represent the will [of the peopel] in the parliament, and were elected by the nation, are in Edirne, Kandira, Silivri and Sincan prisons".

HDP deputies have been facing prosecution under the country’s anti-terrorism law after their parliamentary immunities were lifted in March 2016.