Over 200 illegal migrants held in a day

Migrants from Afghanistan, Pakistan, Iraq, and Syria were trying to reach Europe 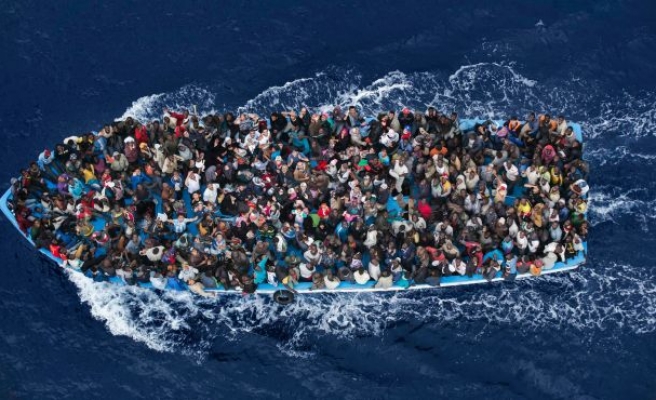 Turkish security forces on Wednesday detained more than 200 migrants during operations across various provinces, according to security officials.

In Turkey's northwestern province of Canakkale, 35 migrants were held as they attempted to cross into Greek islands, said sources who spoke on condition of anonymity due to restrictions on speaking to the media.

The group of Afghan nationals was on a boat off Ayvacik district when coast guards stopped them, sources said.

Also in northwestern Kirklareli province, 58 Iraqi and Syrian migrants were detained as they were about to leave Turkey for Europe.

Seventeen others were detained in northwestern Edirne province as security forces stopped a minivan full of illegal migrants from Pakistan.

Two alleged traffickers were also remanded in custody by the local court.

In another operation in western Izmir province's Dikili district, 38 Syrians, including 17 children, were held.

They were on a boat to leave for Greek islands, sources said.

At least 80 migrants, including women and children, who illegally came to Turkey from Afghanistan and Pakistan, were arrested in Cankiri province.

Security forces found them in a bus, which was heading to Istanbul.

All the migrants were sent to immigration departments of the provinces.

So far, hundreds of thousands have made short but perilous journeys across the Aegean to reach northern and western Europe.

Nearly 2,000 refugees cross into Greek islands every month, according to the UN Refugee Agency.

Hundreds of people have died at sea as a number of boats carrying refugees sank. The Turkish Coast Guard has rescued thousands.