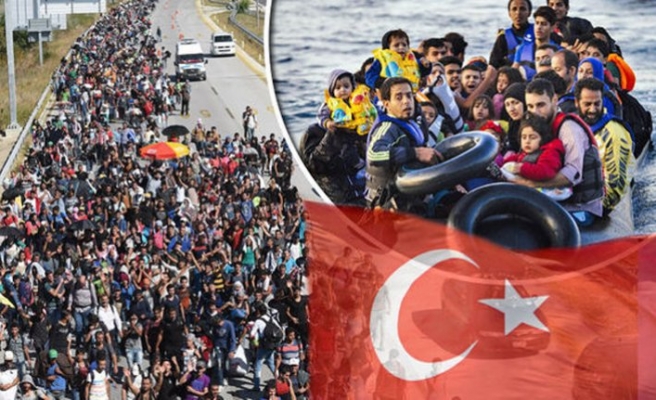 A total of 205,000 irregular migrants were held in Turkey in 2018, the interior minister said on Monday.

Soylu made his remarks when he received the EU Commissioner for Migration, Home Affairs and Citizenship Dimitris Avramopoulos and his delegation at his office.

Pointing that Turkey implements a successful migration policy, Soylu said the arrest of the migrants crossing to Greece rose from 10 to 54 percent over the last five years.

"Although Turkey complies with March 18 agreement fervently, Greece, unfortunately, does not realize its responsibilities," the minister stressed.

In March 2016, the EU and Turkey reached an agreement to stop irregular migration through the Aegean Sea, and improve the conditions of more than 3 million Syrian refugees in Turkey -- more than any other country in the world.

Avramopoulos, for his part, said Turkey hosts some 3.5 million Syrians and this should be praised first and foremost.

The EU will continue to support Turkey politically, operationally and financially in its difficult humanitarian mission, he added.