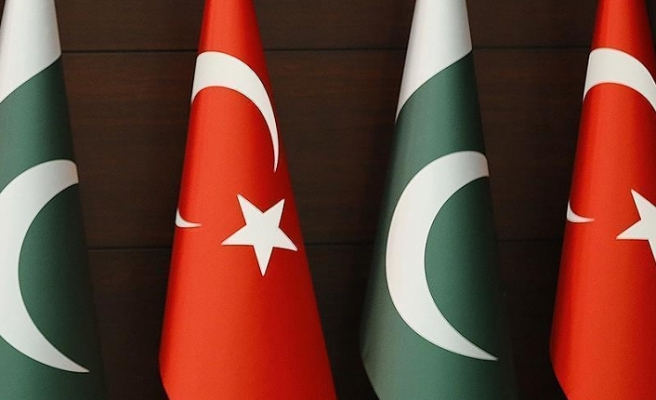 Diplomatic relations between Turkey and Pakistan were established in 1947, soon after Pakistan came into being as the then largest Muslim country on world map.

Turkey was among a few countries that quickly recognized Pakistan after its creation and supported its successful bid to become a member of the United Nations.

Until few months after partition, Pakistan used British Indian coins as its currency with stamped word “Pakistan” on it. Pakistan introduced its currency “Rupee” in 1948 , and it was Turkey that printed Pakistani currency for initial months.

Though, the history of modern relations between Pakistan and Turkey begins from 1947, the roots of today’s ties between the two nations can be traced way back to 19th century.

The Muslims of sub-continent or the United India had supported Turkey in 19th century Crimean War, politically and financially.

“The support in Crimean War can rightly be dubbed as the beginning of modern day relations between Pakistan and Turkey,” Mohammad Ali Siddiqui, a Karachi-based analyst who often writes on Turkey, told Anadolu Agency.

The Muslims of the sub-continent, Siddiqui said, vigorously supported Turkey’s freedom war following the World War I. They launched famous Khilafat Movement (1919 to 1924) to pressure the British government preserve the authority of the Ottoman Sultan as Caliph of Islam.

Pacts
Pakistan and Turkey have been part of several economic and defense treaties in last 72 years. Baghdad Pact was the first forum the two countries shared in 1950s. The pact was initially signed by Turkey and Iraq in 1954 and was later converted into Central Treaty Organization or CENTO in 1958 after Baghdad ceased to be a member.

Pakistan and Turkey remained together in CENTO.

In July 1964, Turkey, Pakistan and Iran formed Regional Cooperation for Development (RCD) to strengthen the socio-economic cooperation between the three countries. The RCD was later converted into Economic Cooperation Organization (ECO) in January 1985 by the same three members.

In 1992, the ECO was expanded, and seven new members -- Afghanistan, Azerbaijan, Kazakhstan, Kyrgyzstan, Tajikistan, Turkmenistan and Uzbekistan -- were included.

Ankara and Islamabad are also the members of the Organization of Islamic Countries (OIC) as well as the D-8 Organization for Economic Cooperation, and often support each other’s stand on different regional and international issues -- including Kashmir, and Palestine.

In February 2018, Turkey together with Saudi Arabia and China blocked a move by the U.S. and the U.K to put Pakistan on a list of countries which have failed to stem terror financing.

However, the Financial Action task Force (FATF), a global terror-financing watchdog, put Islamabad on its gray list after Saudi Arabia and China did not oppose the U.S move in June 2018. Turkey, however, was the only country that stood alongside Pakistan and opposed the move.

In return, Pakistanis launched a “support Turkish Lira” campaign across the country by buying the Turkish currency after the U.S. imposed unilateral sanctions on two Turkish ministers in August amid a row over American Pastor Andrew Burunson, who was detained in Turkey on terror charges.

Turkish President Recep Tayyip Erdogan is the only foreign dignitary who addressed the joint session of Pakistani parliament thrice. Being the prime minister, Erdogan addressed the Pakistani lawmakers in 2009 and 2012, and as president in 2016.

Pakistan was one of a few countries that immediately condemned the attempted coup of 2016 in Turkey, and expressed solidarity with the elected Turkish government.

Last week, Pakistan's Supreme Court ordered the government to designate the Fetullah Terrorist Organization (FETO) a terror group and ban its affiliated schools in the country.

FETO and its U.S.-based leader Fetullah Gulen orchestrated the defeated coup of July 15, 2016 in Turkey, which left 251 people martyred and nearly 2,200 injured.

Ankara and Islamabad have long been part of different pacts but the two sides have boosted their cooperation in the economy, defense, health, and energy sectors after the Turkey’s ruling Justice and Development (AK) Party led by Erdogan came into power.

A leading Turkish company Zorlu Enerji Holding last year set up a 100-megawatt solar project at Quaid-e-Azam Solar Park in the Bahawalpur district of Punjab -- the largest province of Pakistan.

In November last, Coca Cola company from Turkey announced to make future investments of $200 million in the next 2-3 years in Pakistan.

In health sector, the Recep Tayyip Erdogan Hospital Trust -- a trust in Pakistan named after Turkish President -- has been running four major hospitals and two blood transfusion centers in Punjab.

Apart from that, in Muzaffargarh district, located some 380 kilometers (236 miles) off the Punjab’s provincial capital Lahore, the trust is running a hospital given as a gift by Turkey to Pakistan in 2014.

Turkish government was in the forefront of assisting Islamabad in its rehabilitation efforts for the victims of 2005 massive earthquake in Azad Kashmir that killed over 80,000 people, and 2010 and 2011 floods, which inundated a fifth of Pakistan.

Over 2,000 victims of floods in Pakistan, were provided housing facilities by the Turkish government in southern Thatta district near Karachi.

In October, Pakistan Navy commissioned a 17,000-ton fleet tanker that it has built in collaboration with a Turkish defense contractor, STM.

Pakistan is set to receive 30 T129 Advanced Attack and Tactical Reconnaissance (ATAK) helicopters from Turkey under a deal finalized in July 2018.

The helicopters, specifically designed for attack and reconnaissance, will be delivered gradually over five years.

In July 2018, Ankara won a multibillion-dollar tender to supply four corvettes to Pakistan Navy -- a deal dubbed as the biggest export for Turkey’s defense industry in history by the then National Defense Minister Nurettin Canikli.

According to the agreement, two ships will be built in Istanbul and two others in Karachi.

“The two countries have always stood alongside each other no matter how crucial the situations are. Turkey is one of very few countries that has unequivocally supported Pakistan. Pakistanis really feel proud of being friend of Turks,” Siddiqui observed.

However, he thinks that the two countries had yet to exploit the actual potential of trade cooperation between them.

The current trade volume between the two countries is $700 million, which, according to Turkish ambassador to Pakistan, Ihsan Mustafa Yurdakul, could be enhanced to $10 billion.