The Palestinian Foundation Preacher High School for Girls was commissioned by the Palestine Foundation. 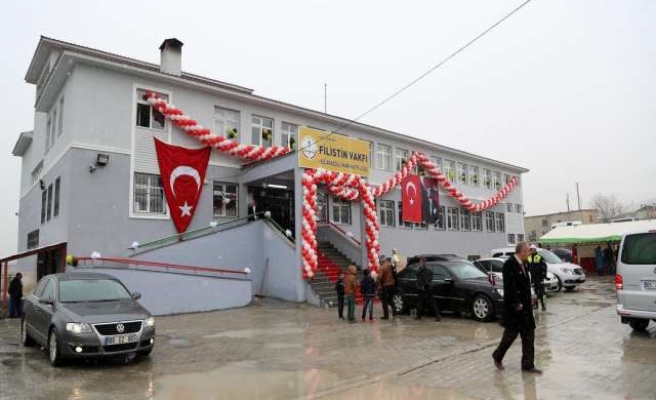 The Turkish National Education Ministry on Saturday officially inaugurated a religious vocational high school for girls in the eastern Turkish province of Van.

“Turkey opened its doors after recent Israeli attacks against Palestinian and humanitarian aid was sent to Gaza from Turkey. We wanted to help the victims of the earthquake in Van and we established the school with donations collected from all the cities of Palestine,” Ambassador Maarouf said during the ceremony.

The United States Geological Survey reported that a magnitude-7.2 earthquake hit the Van Province of Turkey on Oct. 23, 2011.

According to the Disasters and Emergency Situations Directorate of Turkey, the earthquake killed 604 people and injured 4,152 others.