Two people died and three were injured during clashes between pro and anti-PKK groups in Turkey's southeastern province of Sirnak. 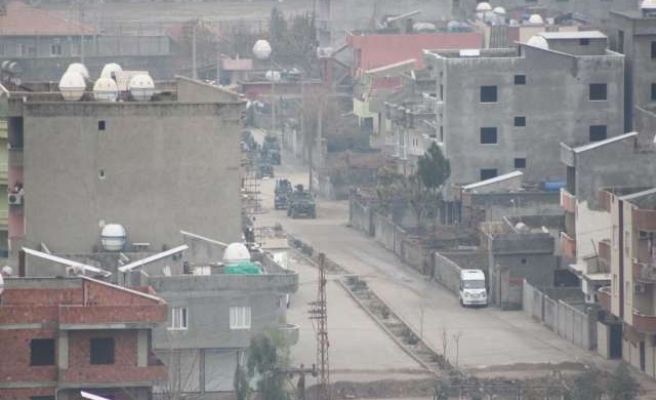 PKK militants have attacked conservatives families' homes, allegedly member of rival Kurdish party Free Cause Party (HUDA-PAR), in Cizre district of Sirnak province and have set fire to three homes. Up to this point, two people have lost their lives due to the clashes. Three people also injured.

The bodies of four Kurdish Syrian fighters known as the People's Protection Units (YPG) who were killed in clashes in Sinjar, an Iraqi town whose siege by ISIL was lifted following the intervention of peshmerga fighters, were brought to Cizre through the Habur border gate in the southeastern province of Sirnak late on Friday. Using the incident as an excuse to stage a protest, pro-PKK groups reportedly attacked Nur neighborhood in Cizre where members of HUDA-PAR reside, setting houses on fire and firing rounds on them.

According to Sirnak Governor's Office, the clashes, which started at 3.00 am in the Cizre town of the province, were later broken up by security forces.

Using the excuse of Kobani, a second incident after the 6-7th October protests resulting in some 40 deaths was attempted by the PKK, near wear the Huda-Par of the Nur neighborhood.  . They started when the Syrian border town of Kobani came under attack by ISIL militants and it was alleged that the Turkish government was not doing enough to help the town’s Kurdish-majority population.

A number of houses were shot at and three houses were put on fire. In one of the homes a pregnant woman and her children were present.

The Cizre police tried to intervene  but the militants had dug ditches preventing access to the police. The ditches were dug several months ago and that the attacks were a part of an organised plan. In the statement to police, the names of the deceased were Yasin Ozer and Abdul Deniz and that those injured were Nedim Kultur, Hakim Budak and Hekim Kasirga.

"We just want all sides to refrain from any provocations. Because the outcome of these provocations will not be good for any side," says Kamuran Yuksek, co-head of the Democratic Regions Party, in a statement on Saturday.

The government officials repetitively warned Kurdish party HDP to refrain from provocative discourse that might cause unrest across the country. As part of the government “Peace Process”, Kurdish militant group and officials said there were to be no destruction of property yet despite not a day passing this incident has broken that condition already.