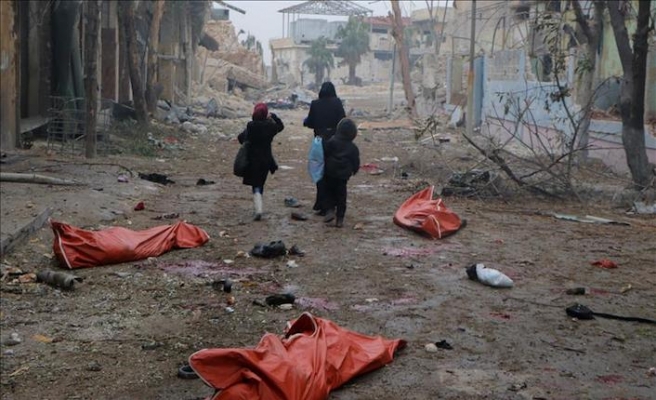 Political experts in Turkey have viewed as a "diplomatic success" the four-nation summit on Syria held in Istanbul.

Speaking to Anadolu Agency, the experts emphasized it was “significant” to take Germany and France onboard to the Sochi agreement signed by Turkey and Russia in September.

Mesut Hakki Casin, a member of Presidential Security & Foreign Policy Committee and head of International Relations Department at the Istinye University, said Turkey was perceived as if it had lost its position from the negotiation role on Syria following the July 15th coup attempt.

"On the contrary, Turkey took initiative and responsibility. The rescue of four million human lives is an evidence. While protecting four million people within its borders, Turkey continues to guard four million vulnerable people abroad. If the region is not cleared of heavy weaponry and radical groups, the [military] intervention that Putin hinted during the summit might occur. In this context, the Turkish military presence there carries great risks,” Casin said.

"The most important political decision taken in the summit is to initiate the constitutional process in Syria. It is also noteworthy that all four nations agreed on a political transition instead of military options amid the normalization period," he said.

He went on to say that another important development of the summit was Syria's territorial integrity and sovereignty. "The fact that the U.S. controls 25% of the Syrian soil and arms PKK/YPG along with Israel excludes the U.S. from this process," he added.