The Feb. 28 coup wrought havoc on observant Muslims, in particular, who were subjected to a series of rights violations and profiling efforts by the military and the state 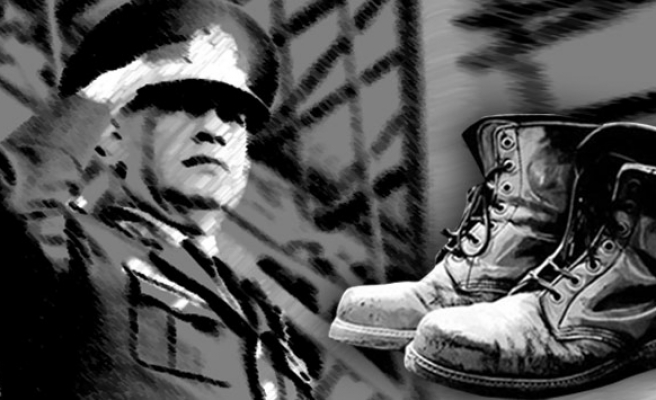 Saturday marks the 18th anniversary of the Feb. 28 coup, which is popularly known as a postmodern coup as a result of which a coalition government led by late Necmettin Erbakan's now-defunct conservative party, the Welfare Party (RP), was forced to step down by the military.

The coup not only dealt fatal blows to fundamental rights and freedoms in Turkey, but it also led to the suspension of democracy and the rule of law. The Feb. 28 coup wrought havoc on observant Muslims, in particular, who were subjected to a series of rights violations and profiling efforts by the military and the state. The coup brought a series of severe restrictions on social life, including the expulsion of thousands of officers from the military for no reason at all and an unofficial but widely practiced ban on the wearing of headscarves at university campuses and in positions of public service.

Some members of the current government and President Erdogan himself were the direct victims of the coup.

Dozens of decrees issued during the period that took Turkey to the Feb. 28, 1997 postmodern coup had been retracted only a few days after the 14th anniversary of the coup.

The decrees mainly included military directives to keep tabs on civilians and members of the Turkish Armed Forces (TSK) based on their religious and ideological tendencies. Many people were barred from serving in state institutions because of the directives.

Among the decrees is one that was issued by the Prime Ministry on July 19, 1999. According to the document, the state would not show any weakness against civil servants in its fight against acts of "reactionaryism". The document also read that all employees at state buildings were required to comply with a "dress code". According to the dress code, civil servants "could not have beards or wear Islamic headscarves while in state buildings."

Also among the documents being retracted are a number of decisions made by the National Security Council (MGK) ahead of the Feb. 28 coup. Most of the decisions targeted religious or conservative groups. One of the decisions, for example, involved strict control over private schools, dormitories and foundations that had suspected links to religious groups. Many foundations were shut down shortly after Feb. 28 on the grounds that they were controlled by groups with roots in reactionaryism.

The MGK had also decided to monitor press organs that were suspected of fomenting hatred of the Turkish Armed Forces (TSK). As a result, a number of newspapers were closed down after the 1997 coup.

Another one of the MGK decisions made on Feb. 28 aimed to prevent the entrance of religious individuals or groups into public institutions, universities, the bureaucracy, the judiciary and politics. Based on this decision, women wearing headscarves were denied entry onto university campuses and employment in public institutions, and a number of political parties with religious roots were disbanded.

One of the documents from the Feb. 28 period abolished by the Interior Ministry was the Protocol on Cooperation for Security and Public Order (EMASYA). This protocol had been signed by the General Staff and the Interior Ministry after the Feb. 28 coup. It enabled the armed forces to try to control social incidents without first obtaining a directive from the governor's office and it gave the military the authority to gather intelligence against internal threats.