Russian President Vladimir Putin’s upcoming visit to Turkey on Dec. 1 has been upgraded to the highest level, the Kremilin has said 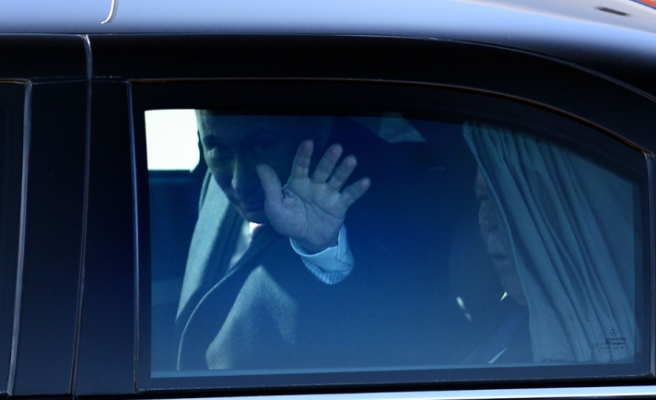 Russian President Vladimir Putin’s upcoming visit to Turkey on Dec. 1 has been upgraded to the highest level, the Kremlin said Friday.

Kremlin Advisor Yuri Ushakov told the Russian media that Putin’s visit had been upgraded from a “working visit” to a “state visit.”

The Kremlin had issued a statement on Nov. 24 that “the President of Russia will make a working visit to the Republic of Turkey to participate in the fifth session of the High Level Cooperation Council.”

Countries rank the visits of foreign heads of states in three categories or more. The highest ranking visit is “state visit,” followed by “official visit” and “working visit.”

The difference between the visits is largely ceremonial. The state visit requires the host state to hold a number of ceremonies, including arrival ceremonies, playing of national anthems, full-military honors etc, as well as a lunch or dinner by the host head of state in honor of the guest head of state.

The fifth session of the High Level Cooperation Council is expected to discuss a wide range of issues including Russian-Turkish cooperation in the trade, economic and energy sectors, as well as the international agenda.

State monopoly Rosatom, which is building Turkey's first nuclear plant, expected to be worth $20 billion, will continue pushing for "investor status", which would cut tax on profit to 2 percent from 20, Ushakov told journalists.

Turkey's imminent ascension to the presidency of the G20 makes bilateral ties particularly important, Ushakov said, adding that Syria would be discussed in "great detail".

Earlier Friday, Putin gave an exclusive interview to the Anadolu Agency, in which he said he agreed with Erdogan that within some years “we can bring our mutual trade up to $100 billion” from $32.7 billion in 2013.

Turkish President Tayyip Erdogan has strongly criticised Russia's backing for Syrian President Bashar al-Assad. And Turkey has strong links with the Muslim Tatar population of Crimea, which Russia annexed from Ukraine in March.

With Erdogan and Putin set to chair the fifth annual meeting of a council to improve trade and relations, several deals are expected to be signed, officials on both sides said.

Talks on Turkey's troubled neighbour are unlikely to be more than an exchange of very differing views, according to Hasan Selim Ozertem, an analyst at Ankara-based think tank USAK.

Erdogan has become Assad's most vocal critic and has lambasted the United Nations Security Council, and Russia in particular, for stalling on an international response to the civil war in Syria, which has left nearly 200,000 dead.

"It seems that topics regarding strengthening energy and trade ties are richer this time," Ozertem said.

Whilst Turkey's role in NATO is also likely to strain relations, its interest in building power plants and gas storage facilities could push trade volume to $40 billion from around $32 billion last year, Ozertem said.

The announcement of a revision to natural gas prices, negotiated by Turkish Energy Minister Taner Yildiz during a trip to Moscow earlier this week, may be delayed, a senior Turkish official told Reuters, but talks will continue to boost trade towards a target of $100 billion by 2020.

"Russia is very keen on investing in Turkey," the official said.