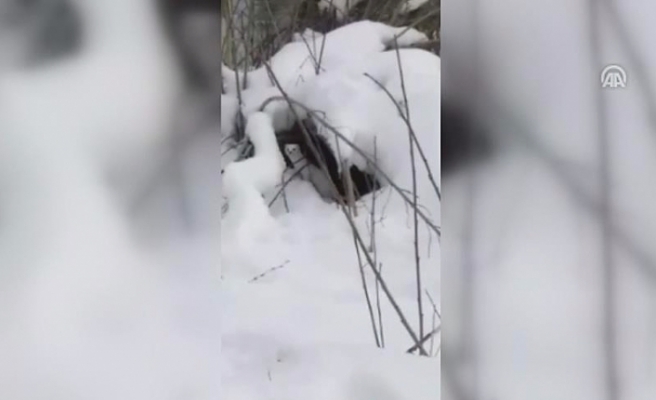 Sidar San, 24, a local shopkeeper, captured images of the endangered weasel with his cell phone camera during a nature trip to Munzur Valley.

The weasel is characterized by a long body with short legs. Its fur is dark brown in the summer and turns white during snowy weather.

“I’ve captured images of this animal -- which we’ve seen in nature for the first time and moves very fast -- at my friend’s request,” said San, speaking to Anadolu Agency.

“We could not understand what it was at first. We later learned that animal, which has a white coat, was a weasel.”

San noted that it did not attempt to escape while he was taking its photo.

“While we were gazing at it curiously, it posed for us instead of escaping. It was very cute.”

Such weasels can be difficult to spot as they hide in the morning and hunt at night.

“We were lucky. We both saw it and captured photos of it," he said, praising Tunceli province’s great diversity of plants and animals.

“People in Tunceli province, particularly in the Munzur and Pulumur valleys, can capture images of many animals such as the Chevrotain [mouse deer], wolf, bear, pig, fox, sea otter and caracal with their cell phones, without any need for professional cameras. This shows our province’s diversity.”