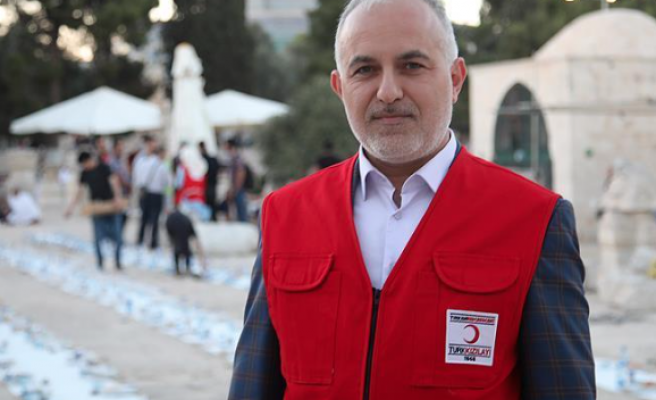 Leaders of the International Red Cross/Red Crescent will gather Sunday in Turkey’s Mediterranean resort city of Antalya for meetings that will “shape the future of the world’s largest humanitarian movement,” as well as address such burning issues as Myanmar, according to event organizers.

About 1,500 guests from humanitarian aid groups and institutions from both Turkey and abroad will attend, according to an IFRC statement.

Turkish Foreign Minister Mevlut Cavusoglu, government officials, and major foreign guests will attend the general assembly, which will be held under the auspices of Turkish President Recep Tayyip Erdogan. He is expected to deliver a speech at the assembly.

A number of humanitarian crises, particularly in Myanmar, Somalia, Iraq, and Syria, will be discussed during the seven-day meeting, the statement said.
At the meeting, a new president, four vice presidents, and board members of the IFRC will be elected for four-year terms. Current IFRC head Tadateru Konoe is also president of the Japanese Red Cross Society.

Turkey’s Red Crescent has been a governing board member of federation since 2005. Turkey joined the International Red Cross-Red Crescent Movement in 1868.

The federation is the world's largest humanitarian organization, providing assistance without discrimination as to nationality, race, religious beliefs, class or political opinions, according to the group.

The IFRC, which was established in 1919 in Paris, has 190 members. Its objective is to inspire, encourage, facilitate and promote all forms of humanitarian activities by national societies to prevent human suffering, and promote human dignity and peace worldwide.