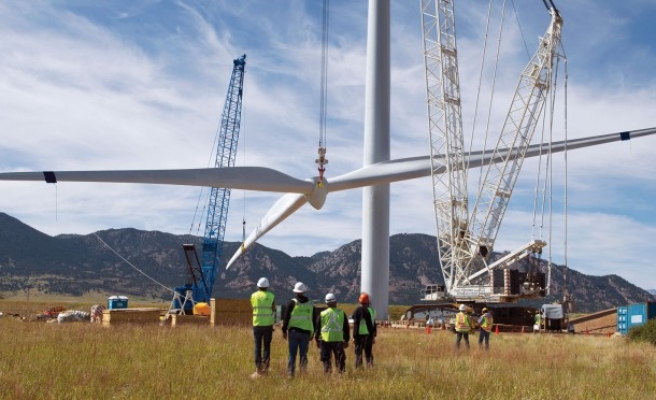 Greater cooperation between the European Union and Turkey in renewable energy and energy efficiency could make a major positive impact on relations, said Brussels-based think tank, Bruegel, in its latest report A New Strategy for EU-Turkey Energy Cooperation on Tuesday.

Bruegel stated in the report, penned by fellows at Bruegel - Simone Tagliapietra and Georg Zachmann, that cooperation in energy and climate issues could be a component in fostering a positive agenda for EU-Turkey relations.

"However, to make a real impact on long-term energy, climate and environmental sustainability and on overall macroeconomic and geopolitical stability, current priorities in the field should be changed, shifting the focus from the highly visible but less impactful gas and electricity sectors to sectors such as renewable energy, energy efficiency, nuclear energy and carbon trading," the report read.

The report suggested that the EU scale up the financial support it currently provides within the framework of its climate commitments to Turkey's renewables and energy efficiency.

"This would make a stronger case for renewables and efficiency projects in Turkey, particularly as the cost of capital continues to represent a major barrier for these investments," the report said, and added that on carbon markets, the EU can offer institutional support to Turkey; similar to the support it gives to other countries like China.

"Only by shifting these priorities can EU-Turkey energy and climate cooperation take on a truly strategic role as part of the EU-Turkey relationship and ultimately become a vibrant component of a much-awaited ‘positive agenda,'" it stressed.

The report also noted that Turkey has sought to become a full member of the European integration project since 1987 but, notwithstanding significant advances such as the establishment of the EU-Turkey customs union in 1995, bilateral relations have faced many difficulties, such as Germany and France's open opposition to Turkish EU membership.

The report once again reiterated that gas has been at the heart of EU-Turkey energy discussions.

It said Turkey has emerged as a potential key transit country because of its strategic position between Europe and the gas-rich countries of the Caspian and the Middle East and is in a position to significantly contribute to the security of the EU's gas supply.

The European Investment Bank (EIB), the European Bank for Reconstruction and Development (EBRD) and the European Commission have provided support that dates back as far as 1965.

"Stronger EU-Turkey cooperation in the field could have a major positive impact, particularly taking into account the still limited development of renewable energy and energy efficiency in Turkey," it said.