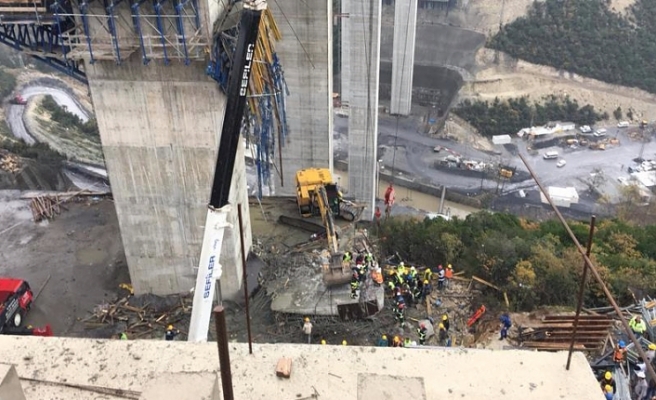 Several workers were trapped under rubble when a concrete block dropped off during the ongiong construction works of a motorway in northwestern Turkey, casualties are feared.

The incident happened the Northern Marmara Motorway's Gebze-Kocaeli section under construction, when a concrete block placed on a viaduct fell off.

Rescue teams including Disaster and Emergency Management Authority (AFAD), firefighters and ambulances were rushed to the scene.