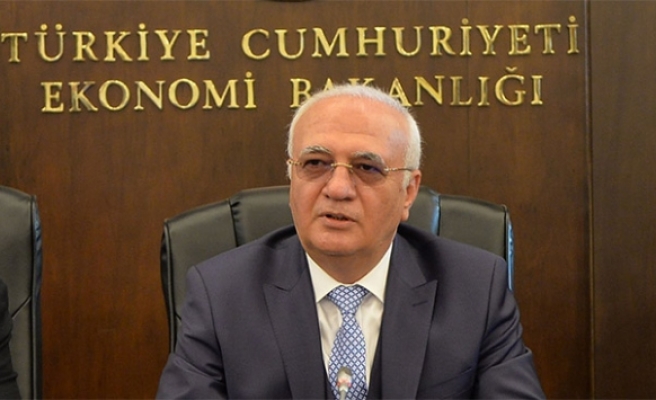 Sanctions imposed on Turkey in the wake of the shooting down of a Russian jet are hurting Russia’s economy more than they are damaging Turkey, the Turkish economy minister said Wednesday.

“Russia thinks that it is punishing Turkey by not buying Turkish products but Russia does not realize that it has oppressed its own people by imposing [sanctions] on some Turkish products,” Mustafa Elitas told Anadolu Agency during a trip to Pakistan, where he agreed a free trade agreement.

He called on Moscow to use “common sense” and reestablish previously close trade ties.

Exports from Turkey to Russia stood at $3.7 billion last year, down from $5.9 billion in 2014, according to the minister.

“These exports accounted for 2.5 percent of the country's total exports, which was around $150 billion,” he added. “Our exporters have been working for alternative markets to compensate for the loss of the Russian market.”

The downing of a Russian warplane over the Turkey-Syria border in late November caused a serious rift between Moscow and Ankara, with the Kremlin ordering sanctions on food stuffs, an end to visa-free travel and a boycott of Turkey by Russian tourists.

Since the sanctions, Turkey has looked to new markets in Sub-Saharan Africa, South America and Asia, Elitas said.

The free trade agreement is one of the examples of deals being done around the world. It aims to bring down trade and investment barriers between the two countries.

The sector of greatest concern has been the tourist industry, with Russians previously making up the second-largest group of visitors, according to the Turkish Culture and Tourism Ministry.

Elitas said nearly 1.8 million Iranian tourists visited Turkey last year and hoped the number would reach 2 million in 2016 to help make up for the missing Russians.