Saudi Arabia is preparing a report, which is expected to acknowledge that journalist Jamal Khashoggi was killed during a trial that went wrong. 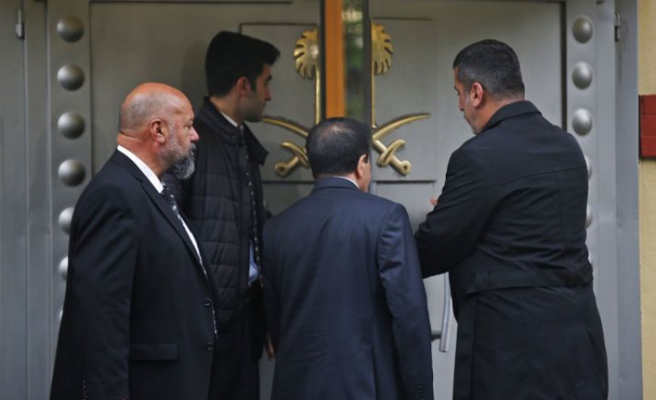 Foreign media reports that the report is still being prepared by the Arab authorities, and can be changed again until it is released.

According to international media sources, another option that can be used in the report is that the operation for his murder was committed without permission and that the executors would be punished.

Saudi journalist Jamal Khashoggi lived as an asylum seeker in Turkey and went to Istanbul's Arab Consulate to get a marriage certificate, but never came out there.

U.S. President Donald Trump raised the possibility that "rogue killers" could have been responsible for Khashoggi's disappearance after speaking over the telephone with Saudi King Salman for 20 minutes earlier Monday.

"He didn’t really know, maybe, I don’t want to get into his mind but it sounded to me like maybe it could have been rogue killers, who knows? We’re going to try get to the bottom of it very soon but his was a flat denial," Trump told reporters.

Turkish and Saudi officials arrived earlier Monday at the Saudi consulate in Istanbul for a joint probe into Khashoggi's case.

On the same day Khashoggi went missing 15 other Saudis, including several officials, arrived in Istanbul on two planes and visited the consulate while Khashoggi was inside, Turkish police sources said. All of the identified individuals have since left Turkey.