Shell Upstream Turkey and Turkish Petroleum will conduct oil-and-gas explorations in the Western Black Sea in 2015, a research report has revealed. 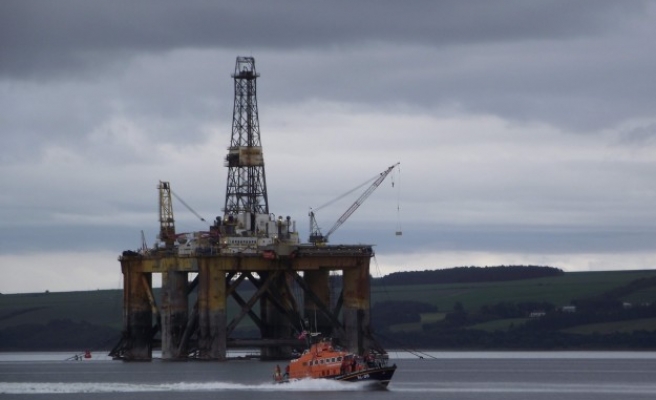 Shell Upstream Turkey and Turkish Petroleum will conduct oil-and-gas explorations in the Western Black Sea in 2015, a research report has revealed.

Three platform-supported drilling vessels will carry out the two companies' energy exploration. A land supply base will also be built at the Haydarpasa Port in Istanbul.

Between 235 and 285 workers are expected to be employed for the project, who will be transferred via helicopters to the drilling area. Around 80 percent of the employees will be hired from outside Turkey, while 20 percent will be Turkish.

The company also plans to use four special “vibro drilling” machines that will send vibrations to the earth's crust to get data that will be used to draw a sub-surface ground map.

If the quality of the oil and gas in the region is of good quality, N.V. Turkse Perenco will continue to drill.

The DMLP will conduct oil exploration in Diyarbakir’s Bismil district.  After receiving its production license, the company will work on six different drilling points with 41 employees.

The company is expected to work 30 days on location, 100 days for drilling activities, 30 extra days for completing the drilling and 90 days for oil production.

Shell Upstream Turkey and Turkish Petroleum signed an agreement in February 2013 to conduct deep-sea exploration activities in the western-most part of the Turkish Black Sea waters.