Steps against KRG will not target civilians: Turkish PM 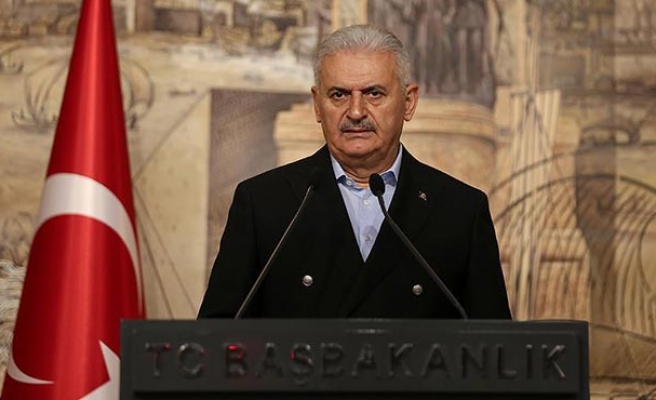 Turkey’s prime minister said Friday that Ankara’s response to the illegitimate referendum in northern Iraq would only target “those who decided to hold it,” not the civilians living there.

Speaking in Istanbul, Binali Yildirim said the administration of northern Iraq’s Kurdish Regional Government (KRG) had made a mistake by holding the illegitimate referendum on Monday despite strong opposition from all neighboring countries, including Turkey, Iran, and Iran’s central government.

“Any measures we take will be against those who made this mistake,” he told a ceremony ushering in the new school year at Canakkale Onsekiz Mart University in northwestern Turkey.

Yildirim stated that that KRG authority in Erbil had made a grave mistake by lighting “the fire of separation,” warning that this would fuel problems in the region, which has been suffering from Daesh and PKK terrorism as well as various Iraqi insurgents and occupations.

“We will not make the people living there, the civilians, pay for this, in any way,” Yildirim added, saying that taking measures against innocents would violate Turkish traditions, and its future vision.

He underlined that Ankara has no problem with its "Kurdish brothers", as Turks, Kurds, and other ethnic groups are living in unity and fellowship in Turkey.

The premier accused that KRG authorities of neglecting “better living conditions for Kurds” and instead serving their own political ambition.

“They did not hesitate to drag millions of people into adventurism for their own future ambitions, for the sake of the continuation of their power,” he said.