Syria said the Turkish government had informed the Syrian consulate in Istanbul about the operation, but had not awaited Syria's agreement. 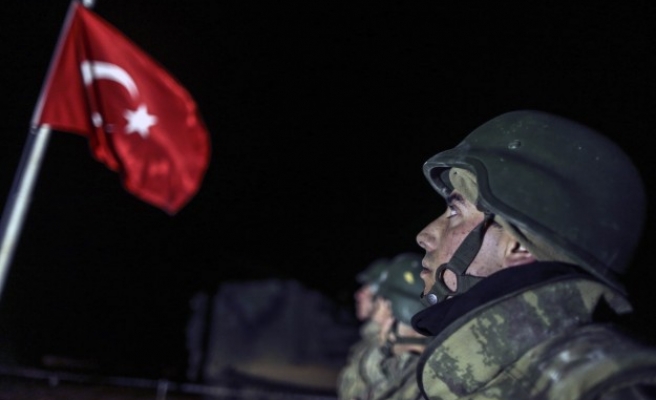 The Syrian government said on Sunday that a Turkish incursion into northern Syria was an act of "flagrant aggression" and that it would hold Ankara responsible for its repercussions.

In a statement read out on state TV, Syria said the Turkish government had informed the Syrian consulate in Istanbul about the operation, but had not awaited Syria's agreement.

Turkey mounted the operation to extract about 40 soldiers who had been guarding the tomb of Suleyman Shah, grandfather of the founder of the Ottoman Empire which is on a site considered sovereign territory by Ankara.

Syria said the operation was a violation of an agreement signed in 1921.

The Tomb of Suleyman Shah and Saygi Outpost will continue to wave the Turkish flag and cherish the memory of Turkish ancestry in their new location, Turkish President Recep Tayyip Erdogan said in a statement on Sunday.

"Tomb of Suleyman Shah and Saygi Outpost, which were relocated twice before, will continue to wave the Turkish flag and cherish the memory of Turkish ancestry in their new location," said Erdogan.

The two-pronged operation, which began late Saturday, simultaneously returned the body of Suleyman Shah and sacred relics from the original exclave to Turkey, and secured another area in Syria close to the border with Turkey to act as a temporary burial place.

Stating that relocation is under the guarantee of the international law and treaties, Erdogan said the operation was completed successfully with the determination and implementation of the Turkish government.

"The military operation, which was conducted by prime minister and chief of general staff personally, was aimed at relocating the tomb of Suleyman Shah to a safer place in Syria," he said.

Erdogan also expressed his sorrow over the accidental death of one soldier during the operation.

Suleyman Shah, the grandfather of Osman I, the founder of the Ottoman Empire, was buried in Turkey's only exclave 30 kilometers from the border.

The complex at the original burial place has now been rendered unusable on security grounds, and the Turkish special forces unit protecting the area has been brought back to Turkey, the Prime Minister Ahmet Davutoglu said earlier.

The Turkish Foreign Ministry informed the Syrian government of the operation after the fact.