The Syrian Kurdish People’s Defence Units (PYD), a strong affiliate of the Kurdish separatist PKK terrorist organization, asked for weapons from Turley to fight the ISIL. 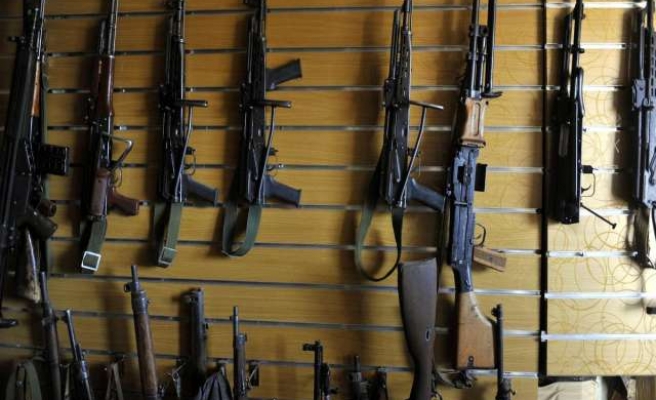 While ISIL militants advance on areas controlled by the Syrian Kurdish People’s Defence Units (PYD) in Iraq and Syria, the PYD - already supported by U.S-led air strikes - called on Turkey give them weapons.

In an interview with Reuters, PYD co-chief Asya Abdullah called on the Turkish government to give it arms to fıght against ISIL and said that they're ready to cooperate with all of powers fighting against the militants.

The PYD co-chief said that the Free Syrian Army (FSA) is one of these powers, adding that “some FSA commanders, who fight against the Assad regime, are in Turkey now.”

Abdullah added that if Kobani, which is on the Turkish-Syrian border, is captured by the ISIL, they would also be a real threat for Turkey.

The PKK, which is internationally recognized as a terrorist organization and has strong links to the Syrian PYD, has been active in fighting against ISIL militants who have surrounded Kobani.

Akdogan said, “On one hand as Rojava falls, they say 'Turkey help us' and on the other hand they say 'if there is a buffer zone then there is a war.'”

Rojava refers to the Syrian region of what Kurdish separatists call the Kurdistan region, which also covers south-eastern Turkey, northern Iraq and a part of western Iran.