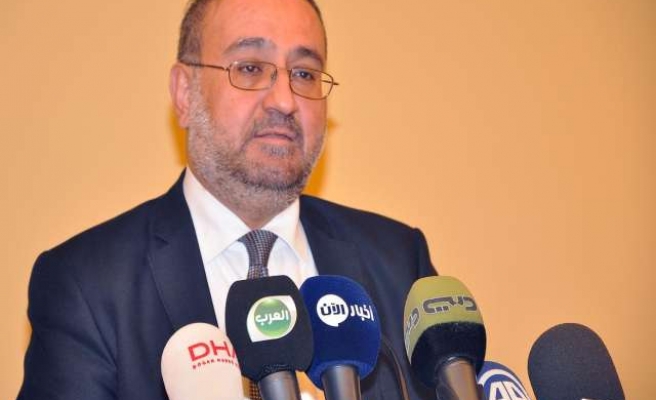 The Syrian National Coalition of Opposition and Revolutionary Forces is holding its 17th plenary session in Istanbul on Friday, an Anadolu Agency correspondent has reported.

In the meeting, ministerial candidates nominated by interim premier Ahmed Tuma will be voted on, coalition officials said.

Walid az-Zubi, a former Information Minister in the Syrian Parliament, has already been chosen as Infrastructure and Water Minister.

Mohamed Yassine Najar was selected as Transportation and Industry Minister, Ibrahim Miro as Finance and Economy Minister and Faiz ez-Zahir as Justice Minister.

The meeting will also be used to discuss other issues, such as UN Special Envoy on Syria Staffan de Mistura's plan to call a halt to the ongoing violence in Syria.

Muaz Khatib’s visit to Russia will also be on the agenda, as Khatib is a former head of the coalition.

Street protests in 2011, ruthlessly repressed by the Assad regime, turned into a bloody civil war.

The unrest created by the civil war in Syria paved the way for extremist movements, such as the Islamic State of Iraq and the Levant, to gain a foothold in the region.

The Syrian National Coalition of Opposition and Revolutionary Forces -- also known as the National Syrian Coalition -- was founded in Qatar’s capital, Doha, by different opposition factions of war-torn Syria.

Based in Istanbul, the National Syrian Coalition aims to overthrow the Assad regime to end the ongoing civil war.