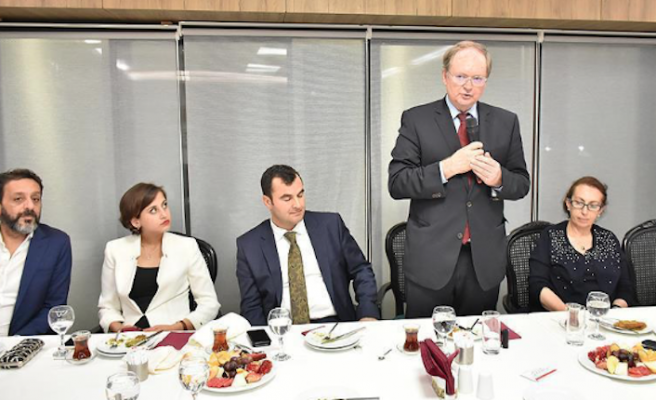 Syrians have always been warmly welcomed in Turkey since the beginning of their country’s civil war, the European Union’s ambassador to Turkey said Wednesday.

“There are some places in southeastern Turkey where more Syrians live than Turks,” said Christian Berger, who is in Turkey’s southeastern province of Gaziantep as part of a press trip for journalists from 14 countries to promote Turkey.

“But Syrians have always been warmly welcomed and taken care of in the last seven years,” Berger added.

Turkey hosts more Syrian refugees than any other country in the world. The country has spent more than $32 billion from its own national resources for helping and sheltering refugees since the beginning of the Syrian civil war.