Syrians will return to Afrin after end of operation

Around 350,000 Syrian refugees will return to their homes after region is cleared of terrorists, says Turkish premier 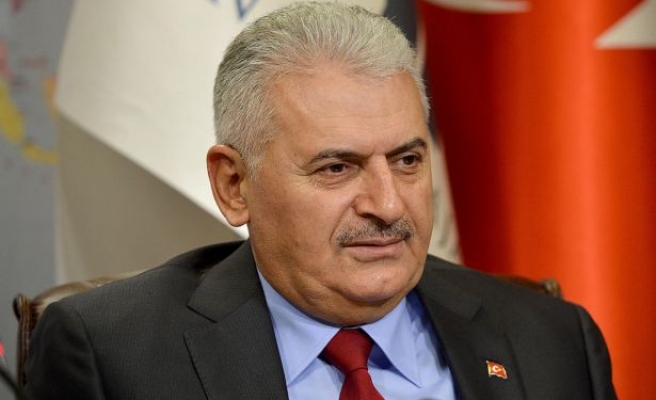 Around 350,000 people, who took refuge in Turkey, will return to their homes in Syria’s Afrin region, the Turkish prime minister said on Sunday.

Speaking at Golcuk Naval Shipyard Command in the northwestern Kocaeli province, Yildirim said Turkey, with its ongoing Operation Olive Branch, does not only protect its own territorial integrity but also makes important contributions to eliminate instability in the region.

He guaranteed the Syrian refugees would return to their homes after the region is cleared of the YPG/PKK-Deash terrorists. “Around 350,000 Afrin people, whom we have been hosting in Turkey, will return to their soils and they will continue their lives in peace there.”

A total of 2,021 PYD/PKK and ISIL terrorists have been "neutralized" since the launch of Operation Olive Branch in Syria's northwestern Afrin region, the Turkish president said on Sunday

According to the Turkish General Staff, the operation aims to establish security and stability along Turkey’s borders and the region as well as to protect Syrians from terrorist oppression and cruelty.

Yildirim warned against any tension in both the Aegean and Mediterranean regions and said: “Naval forces have the power to eliminate every kind of danger to its country under all conditions and circumstances.”

“Let nobody miscalculate [anything],” he added.

On. Feb. 12, a Turkish patrol boat rammed into a Greek Coast Guard patrol boat near the Kardak islets in the southeastern Aegean, which Turkish President Recep Tayyip Erdogan said was concluded without any problem.

In January, the Turkish Coast Guard blocked Greece’s defense minister from approaching the same Turkish islets to lay a wreath there.

A decades-long dispute between Turkey and Greece over the uninhabited Aegean islets brought the two countries to the brink of an armed conflict in 1996.