Tahsiye: A group behind the Gulen linked raids in Turkey

The Tahsiye was the name given for an operation that was carried out in Istanbul in 2010 and as a result many were arrested. 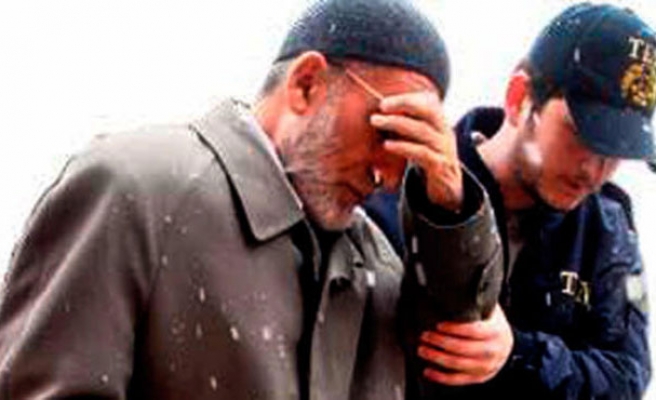 With the operation conducted in Istanbul yesterday, reports go back to the operation raids that was done in 2010 which was directed to a group called the Tashiye where evidence was installed and produced.

The Tahsiye group is lead by a retired imam who researches and publishes work based on the Risale-i Nur and carry the same name Tahsiye as their publishing house. Mehmet Dogan who is the leader of the group is also known as Molla Abi or Haci Abi and a student of Said Nursi's student Huslusi Yahyagail. Known commonly as Molla Muhammed, Mehmet Dogan was known to oppose Fethullah Gulen's opinions, and made claims that all people of the book would enter heaven and that he opposed the interfaith activities that Gulen is in favour of.  For this reason it has been claimed that the raids that were done in 2010 were done by those in the police force close to Gulen. During that raid a large number of hand grenades and smoke bombs were seized. In the examinations that followed no fingerprints of those who were suspects were found on the grenades but only of those of the police, who had apparently touched the evidence without any gloves.

With the smoke grenades that were seized, the same grenades barcode numbers were found in the excavation of the “Zir Valley”, where one bomb that belonged to two different groups, one to the “Ergenekon” and the other an “Al-Qaeda” operation, which highlighted the evidence in the “14th December investigation”. One of the bombs found in the valley was also found in a raid in a home at Bahcelievler.

An important connection was made between the Tahsiye group and Al-Qaeda in a television serioes episode of Tek Turkiye (One Turkey) that was aired on 21 January 2010, on the STV, Gulen supported television channel.  In the early hours of the next morning, the owners of the Tahsiye publication house and their families and close friends were raided by polica. Many of there were held for observation.

During this operation Mehmet Dogan was arrested. Suffering from MS and with only 10% vision, Dogan was released after serving 17 months in prison.

The freed individuals, Elif Yilmaz, Ebru Senvardar and Naci Celik Berksoy, worked on a TV series known as One Turkey that broadcasts on Samanyolu TV, which is allegedly linked to U.S.-based cleric Fethullah Gulen.

Prosecutor Hasan Yilmaz began taking the testimony of the 24 other detainees, including the editor-in-chief of Turkey’s Zaman daily Ekrem Dumanli, chairman of Samanyolu Media Group Hidayet Karaca, producer Salih Aslan and director Engin Koc of Samanyolu TV, and Makbule Cam Alemdag, a scriptwriter of a TV series that is aired on the network.

Dumanli, a staunch critic of the government, dismissed all allegations against him in a speech at Zaman's building before he was taken away by police.

All those detained are allegedly linked with Gulen and his so-called Gulen movement. Zaman daily is also allegedly close to the same movement.

Istanbul Chief Public Prosecutor Hadi Salihoglu said Sunday he ordered the detention of 31 suspects on charges of forgery, fabricating evidence and forming a crime syndicate to overtake the sovereignty of the state.

President Recep Tayyip Erdogan had vowed to take to task alleged Gulen movement group members on numerous occasions. The government has described the movement and its supporters as the "parallel state" since late 2013.

Erdogan said in 2012 that a bug had been found in his office and charges of political spying were brought against 13 suspects, including senior police officers.

The government denounced the probe as a "dirty plot" constructed by the "parallel state," an alleged group of bureaucrats embedded in the country's institutions, including the judiciary and the police.

Since then, hundreds of police officers have been detained on charges of eavesdropping on Turkey's top officials, disclosing highly-sensitive information, forming and belonging to an organization to commit crime, violating privacy, illegally seizing personal information and forgery of official documents.