With the ongoing war in Syria, nearly 3 million children deprived of their human rights are struggling to survive in refugee camps. The Mardin-Syrian Assitance Platform President Mehmet Timuragaoglu, has called out for aiding these children. 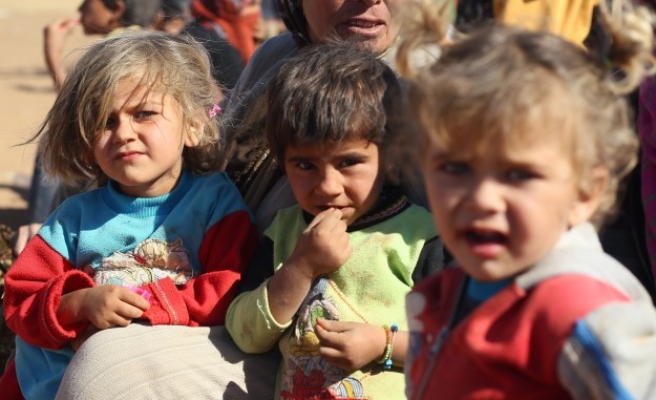 With 20th November being the “World Childrens Rights Day”, the rights of Syrian children and those who are fighting poverty have been at the forefront of discussion. According to statistics from the IHH  Syrian Studies Press Office, more than 500,000 children have been left orphaned. More than 3 million have sought refuge in Turkey and fighting to live.

The IHH Syrian Studies Coordinating Press Officer  Burak Karacaoglu said that due to the ongoing civil war, children have been deprived of all their basic hman rights. Many have lost their lives in Syria, with a certain portion being injured and have had to have amputations.

“Syria's Aleppo, Damascus, Homas, Hama, and Idlib cities continue to be attacked” said Karacaoglu. “As a result their psyche becomes affected and their education, healthy, and housing has been seriously affected alongside the grief of losing one or both parents. The war is stealing their future, and 15,000 children have lost their lives”.

Mardin's IHH President and also the President of the Mardin-Syria Solidarity Platform Association Mehmet Timuragaoglu said that, “Whether it be a platform or the Syrian refugees, IHH is looking after our refugee brothers and sisters and providing social activities for the children. With food and glothing as well as education provided, we have opened up two schools, one in Kiziltepe, and the other Artuklu. This will help to alleviate the stress and also provide a good future, holiding hands together and taking responsibility for the young.”