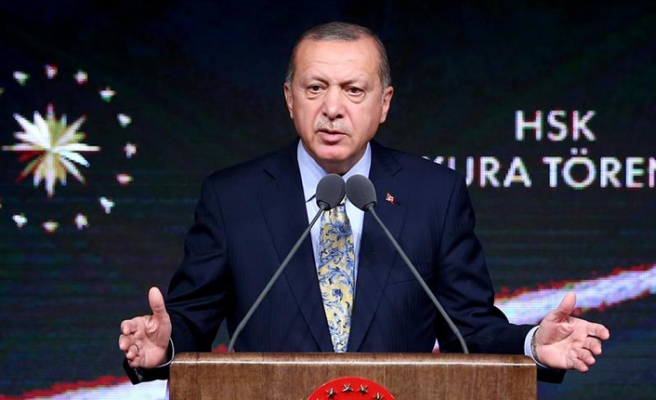 Boosting trade among members of the Standing Committee for Economic and Commercial Cooperation of the Organization of the Islamic Cooperation (COMCEC) would make them stronger, Erdogan underlined in a speech to COMCEC 34th Ministerial Session, in Istanbul.

He underlined that boosting international trade among Islamic countries is key adding:

"I invite Islamic countries to complete procedures and update concessions lists to make a preferential trade system a reality."

Touching on the anniversary of the end of World War I, he said that bloodshed and crises in the region from Syria to Iraq, Yemen and Palestine stems from lines drawn at the war’s conclusion.

"Muslims should no longer be fooled by those who try to incite their differences and turn them on each other," he added.

He also stressed: "In regions where borders are drawn in blood, we should not erect new borders, new walls in our hearts."

If millions are poor and hungry in the war-torn nation of Yemen, Muslims are responsible for that, not others, he said.

Stressing that the United Nations Security Council’s permanent membership system is unfair, he again pushed for reforms to it.

Erdogan has long championed expanding and reforming the Security Council, using the slogan: “The world is greater than five.”

"We should not fall into the trap of those who give more weight to a drop of oil than a drop of blood," said Erdogan.

Urging people to visit Jerusalem, Erdogan said: "International organizations have disappointed Muslims over Palestine and civil wars, although Muslims pressed them for solutions."

The COMCEC 34th Ministerial Session began on Monday and lasts through Thursday.