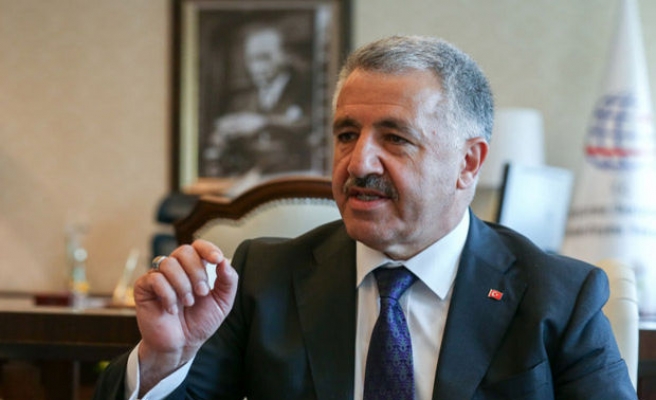 Speaking at the 33rd Ministerial Session of the Standing Committee for Economic and Commercial Cooperation (COMCEC) in Istanbul, Arslan said: "For a sustainable and environment-friendly transport mechanism, the development of transnational corridors based on railways and combined transport is a necessity."

He said international trade accounts for 50.6 percent of global gross domestic product while trade volume is expected to rise 350 percent by 2050.

"Turkey is located in the middle of important trade routes, which links rising Asian economies, Europe and Africa," he said.

"Over the past 15 years, Turkey has been following inclusive and complementary transportation policies in the region."

"We have also effectively implemented the build-operate-transfer model for mega projects instead of using only public resources," he added.

"Such barriers increase operation costs and transport time," he said.

"According to the World Bank, these obstacles have also notable negative effects on competitiveness of developing countries.