Trial of US pastor Brunson resumes in western Turkey 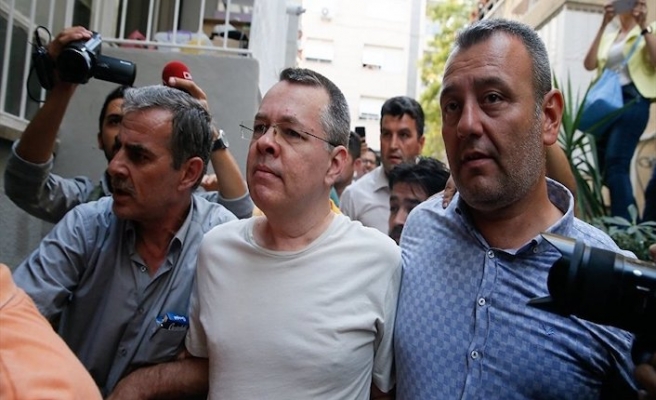 The trial of American pastor Andrew Brunson, who is facing terrorism-related chargers in Turkey, will resume on Friday in western Izmir province, according to judicial sources.

Brunson was taken from his house under strict security measures and brought to the prison and courthouse complex in Aliaga district for the trial.

Brunson's charges include spying for the PKK and the Fetullah Terrorist Organization (FETO), the group behind the defeated coup attempt in Turkey of July 2016.

Turkey and the U.S. have faced rocky relations following Washington’s imposition of sanctions over Brunson's detention.

Political tensions between the two countries sparked worries in the markets after U.S. President Donald Trump threatened to use economic pressure to secure Brunson's release.