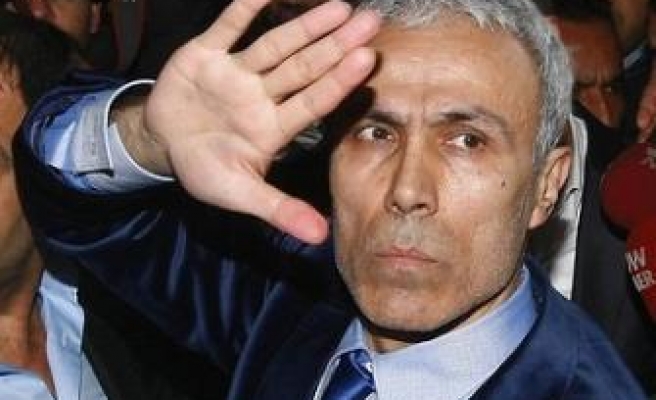 A Turkish man awaits Pope Francis' visit to Turkey on Nov. 28-30, perhaps more eagerly than others.

The man who tried to assassinate his predecessor Pope John Paul II in 1981, Mehmet Ali Agca, has released a written statement to Anadolu Agency saying that he wants to meet with Pope Francis while he is in Turkey.

“I’ve asked the Vatican unofficially to meet with Pope Francis but I have not received any response yet,” the Turkish gunman said in his statement, “I had met with a pope before. It is quite normal to meet with him (Pope Francis) as well.”

He refers to John Paul II, who visited him in an Italian prison in 1983 after the attack.

Mehmet Ali Agca fired four bullets into John Paul II on May 13th 1981, as the Polish pope was riding in an open car through St Peter’s Square in the Vatican. The pontiff was wounded in the abdomen, in his left hand and in the right arm but his condition was not critical as the bullets missed the vital organs.

Agca - who served 19 years in an Italian prison for the assassination attempt - was pardoned by John Paul II in 2000. He was later extradited to his home country to serve a 10-year sentence for other crimes, including the murder of a prominent Turkish journalist Abdi Ipekci.

“While the world has been experiencing a big economic, political and humanitarian crisis, Pope Francis -- who is exerting efforts to build peace and brotherhood -- welcome to Turkey,” Agca said in his statement.

The Argentine pope will be the fourth pontiff to visit Turkey after Pope Benedict XVI in 2006, Pope John Paul II in 1979 and Pope Paul VI in 1967. During his three-day visit, the spiritual leader of the world’s one billion Catholics will meet President Recep Tayyip Erdogan and Mehmet Gormez, the head of religious affairs department, Diyanet.

The pontiff will also hold a Holy Mass at the Catholic Cathedral of the Holy Spirit in Istanbul and privately meet Istanbul-based Fener Greek Patriarch Bartholomew I, spiritual leader of the world’s Orthodox churches.