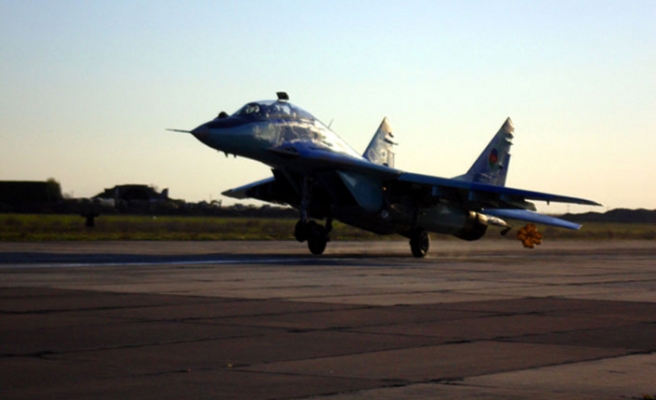 The Turkish Aerospace Industries (TAI) signed a cooperation protocol with Azerbaijan National Academy of Sciences (AMEA) in capital Baku on Tuesday to combine efforts in the fields of defense and aviation.

The protocol aims to establish a mutual sustainable cooperation in the defense and aviation area through the academic programs of AMEA, to accelerate the research and development activities by sharing the knowledge, as well as boosting the mutual exchange of ideas.

"The cooperation is not limited to an academic framework, but covers a wide range of science and technology ecosystem," Mustafa Akkurt, the TAI's Human Resources Vice President, told Anadolu Agency.

Akkurt said the TAI desired to adopt the Azerbaijan’s knowledge, especially in fundamental sciences, which will contribute to the development of the aerospace industry, and to share its design, production, quality and certification capabilities with Azerbaijani academy.

He also added that the protocol with AMEA pawed the way for the cooperation with various universities in Azerbaijan.

The signing ceremony took place on the sidelines of the the 3rd Azerbaijan International Defense Exhibition (ADEX) between Sept. 25-27, a three-day event to showcase the force and power of Azerbaijan’s military and industrial complex, as well as modern weaponry and equipment.

The TAI exhibited product models for the aerospace industry in the ADEX, such as TF-X aircraft, HURKUS basic trainer, ANKA-S medium altitude long endurance unmanned aerial vehicle, T625 multi role helicopter, as well as the GOKTURK-1 and Turksat 6A satellites.

The Turkish Aircraft Industries Corporation -- today known as Turkish Aerospace Industries -- was established in 1973 under the auspices of the Ministry of Industry and Technology in order to reduce the foreign dependency in defense industry of Turkey.