Turkey calls for recognition of PKK, PYD as terrorist

Turkish Dep. PM Elvan calls on the UN to identify PKK and PYD as terrorist groups 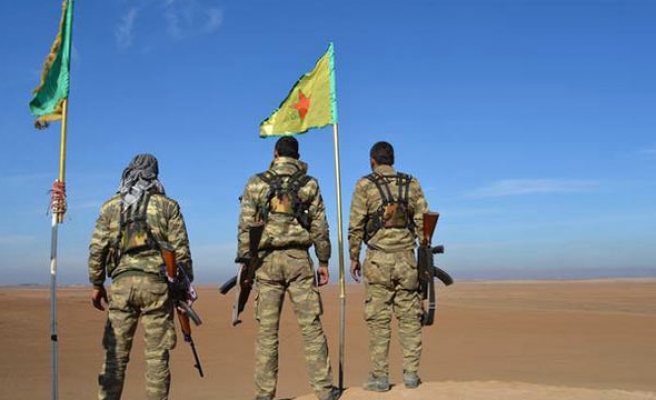 Turkish Deputy Prime Minister Lutfi Elvan has called on the United Nations to categorize the PKK and its Syrian affiliate the PYD as terrorist groups.

“We called on the UN to recognize the PKK and the PYD as terrorist organizations. The PYD is linked to the PKK. There is no difference between the PKK and the PYD. Recent evidence showed [that link] very clearly,” Elvan told Anadolu Agency.

He spoke to Anadolu Agency after attending the UN Human Rights Council’s meeting in Geneva, Switzerland, on Monday.

Elvan recalled that many countries including the U.S. and international organizations such as NATO and the EU had added the PKK to their lists of terrorists.

Elvan stressed on the importance of the international communities’ clear stance against terrorist organizations such as ISIL, the PKK, Boko Haram and al-Qaeda.

The UN does not possess a list of terrorist groups per se, but it does boast a sanctions' list drawn up by what is called the 1267 Committee, in which are included al-Qaeda, the Taliban and other terrorist organizations.

Turkey's southeast has been the scene of significant military operations since December against the PKK which renewed its armed campaign against the Turkish state in late July 2015.

Since then, more than 280 security forces personnel have been martyred and thousands of PKK terrorists killed in operations across Turkey and northern Iraq.

The Syrian PYD and its armed wing the YPG are both seen as terrorist organizations by the Turkish government and are affiliated to the PKK.

Syria has remained locked in a civil war since early 2011, when the Assad regime cracked down on pro-democracy protests, which had erupted as part of the "Arab Spring" uprisings.