Turkey calls on allies to decide on terror groups 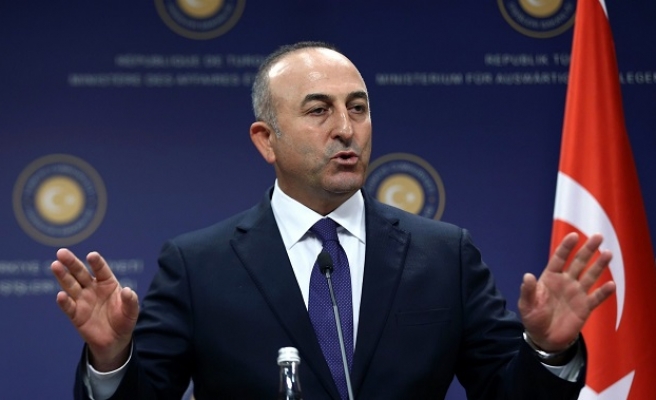 Turkey's foreign minister has said allied and friendly nations should distinguish terrorist organizations from states in their fight against ISIL in Syria.

The remarks from Mevlut Cavusoglu came during a joint news conference with his Hungarian counterpart Peter Szijjarto in Budapest on Tuesday.

The U.S. considers the PKK affiliate, PYD, "a reliable partner" in the fight against ISIL.

Cavusoglu said thousands of Syrians had fled to Turkey's border due to the Russian airstrikes in Syria.

"If these attacks continue, this figure will pass into the hundreds of thousands, even one million," he added.

"Russia should end these attacks as soon as possible. It [Russia] further deepens the problem in the region," Cavusoglu said.

Moscow claims the campaign is aimed primarily at the ISIL militant group but Russia has been accused of sending warplanes to target civilian areas and moderate anti-regime opposition groups.

Syria has remained locked in a vicious civil war since early 2011, when the Assad regime cracked down on pro-democracy protests -- which broke out as part of the ‘Arab Spring’ uprisings -- with unexpected ferocity.

Since then, more than 250,000 people in Syria have been killed and more than 10 million displaced, according to UN figures.

Szijjarto added: “Without Turkey's help, this issue cannot be solved because the people fleeing from Syria are first taking shelter in Turkey."

He added that Hungary has supported the agreement between the EU and Turkey.

The EU approved a €3 billion ($3.33 billion) aid package for Turkey to help care for the world’s largest refugee population.

"We are supporting this agreement so these people can return to their home," Szijjarto said.