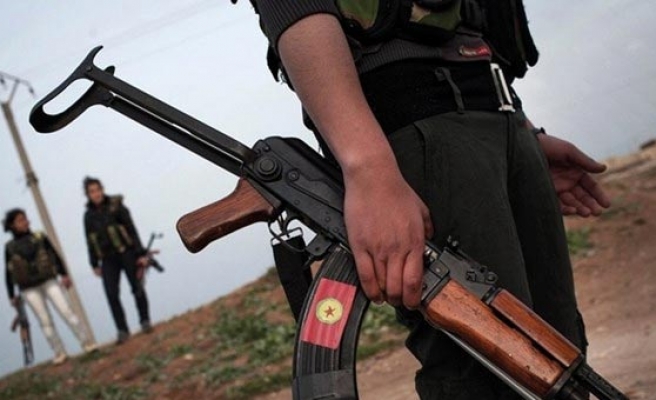 Turkish President Recep Tayyip Erdogan on Tuesday urged the international community to recognize the Syrian Kurdish group the PYD as a terrorist organization.

In a news conference with his Yemeni counterpart Mansur Hadi in Ankara, Erdogan said those who recognized the PKK and ISIL as terrorist organizations should also list the PYD and its armed wing the YPG as terror groups as well.

“Both the PYD and the YPG are the organizations of the Assad regime,” he said and the West should “understand that there is no difference between the PYD, PKK, ISIL or DHKP-C.”

The PYD and YPG are affiliated to the PKK, which has been fighting an armed insurgency against Turkey since 1984 and is recognized as a terror organization by both the EU and U.S. The DHKP-C is a far-left terror group outlawed by Turkey and the West.

Erdogan said Turkey was cooperating with the U.S.-led coalition against terrorist groups in Syria and Iraq.
“However, some coalition forces announced Turkey’s shelling of PYD targets in northern Syria in retaliation as ‘Turkey struck Kurdish people in Syria’,” he said. “I call on those [people] to behave honestly.”

The Turkish military has been shelling PYD positions in northern Syria for four consecutive days in response to artillery fire from PYD forces based around Azaz in northern Aleppo province. The town is 6 kilometers (4 miles) from the Turkish border.

The U.S. has urged Turkey to halt cross-border artillery fire and called on the PYD not to take advantage of a widespread Syrian government offensive in the country’s northwest to seize new territory.