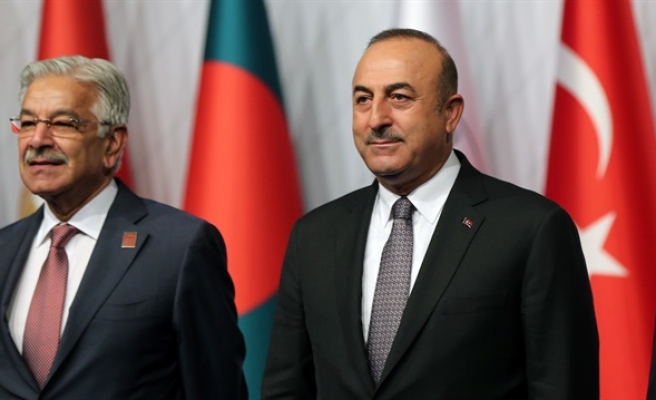 Turkey can take a leading role on economic and political fronts during its two-year presidency of Developing-8 (D-8) states, Pakistan’s foreign minister has said.

Speaking at the D-8 meeting in Istanbul, Khawaja Asif said Turkey's economic influence was greater than other member countries.

Turkey will take over the presidency from Pakistan on Friday, which will mark the 20th anniversary of the international organization.

The international summit, with the theme Expanding Opportunities through Cooperation, is being attended by Nigerian President Muhammadu Buhari and Azerbaijani leader Ilham Aliyev.

“The connectivity is the most important factor, which will increase trade, economic relationships and political relationships.”

During a meeting of the D-8 Council, Turkish Foreign Minister Mevlut Cavusoglu said that energy would be the primary focus of Turkey’s presidency.

“In fields such as hydrocarbon exploration and production activities, we could produce projects together,” he told delegates from the eight member states.

The D-8 countries are collectively rich in mineral and natural resources, have reliable energy and agricultural sectors, as well as dynamic and competitive labor forces, promising tourism prospects and lower operational costs.

Some members are cited amongst the top 25 exporters in the world. All the D-8 countries are important players in their respective regions.

Asif said the organization should have the capacity to resolve crises in the Muslim world.

“So, it has been suggested that the secretary of the organization should work on broadening the mandate of this organization,” he said.